Better than we have it now

Later this year you will have an opportunity to vote on legislation to give people who are suffering at the end of their lives the ability to choose a peaceful death through voluntary assisted dying.

A great deal of information will be presented to you, not all of it accurate. In addition, you may hear harrowing stories of suffering at the end of life within your family and friendship circles and the community you represent.

You will also need to consider the views of legal and health professionals, and advocates and opponents of voluntary assisted dying.

We are doctors. We know all too well the weight of your impending decision.

We want to share with you why we support legislating for voluntary assisted dying within a framework that provides for clear eligibility criteria and safeguards for doctors and the person dying.

As a society we are forcing some people who are already dying to suffer cruelly and unnecessarily at the end of their lives.

We want to shine a light on this for you.

Terminal sedation is more common than is generally supposed. When a person is suffering at the end of life, many medical professionals are willing to administer gradually increasing amounts of morphine to assist someone to die.

It happens - not only in backrooms under the cover of darkness – but also in public and private hospitals. Family members are often the distraught witnesses of the semi-comatose dehydration and deterioration that accompany a lingering and uncertain descent to death, never sure which breath of their loved one may be the last. It is an arbitrary, inconsistent and unregulated practice, seldom acknowledged or spoken about publicly.

We have all known of patients in the final stages of life being admitted into hospital or hospice care where death is inevitable but prolonged, with suffering that is extreme and incapable of being alleviated. At such times medical and palliative care professionals are relieved when the patient contracts another illness such as pneumonia – knowing that if left untreated it will help to hasten death and end suffering.

But these are not the worst examples of people being forced to suffer a protracted death.

Terminally ill people sometimes choose to refuse treatment, food and water. They are within their rights to do so. It is lawful to waste away slowly, but not to choose a peaceful death to end suffering.

People are killing themselves. Statistics show that 10% of suicides in Western Australia are terminally ill people who take their own lives because they see no other way out. They do this often by violent means, and alone, so as not to implicate others.

It is not unknown for people to come home and find loved ones who have shot or hanged themselves.

The law as it stands is inhumane and it is within your power to change it.

We can do better than this.

We the undersigned on behalf of Doctors for Assisted Dying Choice, and Dying with Dignity Western Australia ask you to vote in favour of voluntary assisted dying. 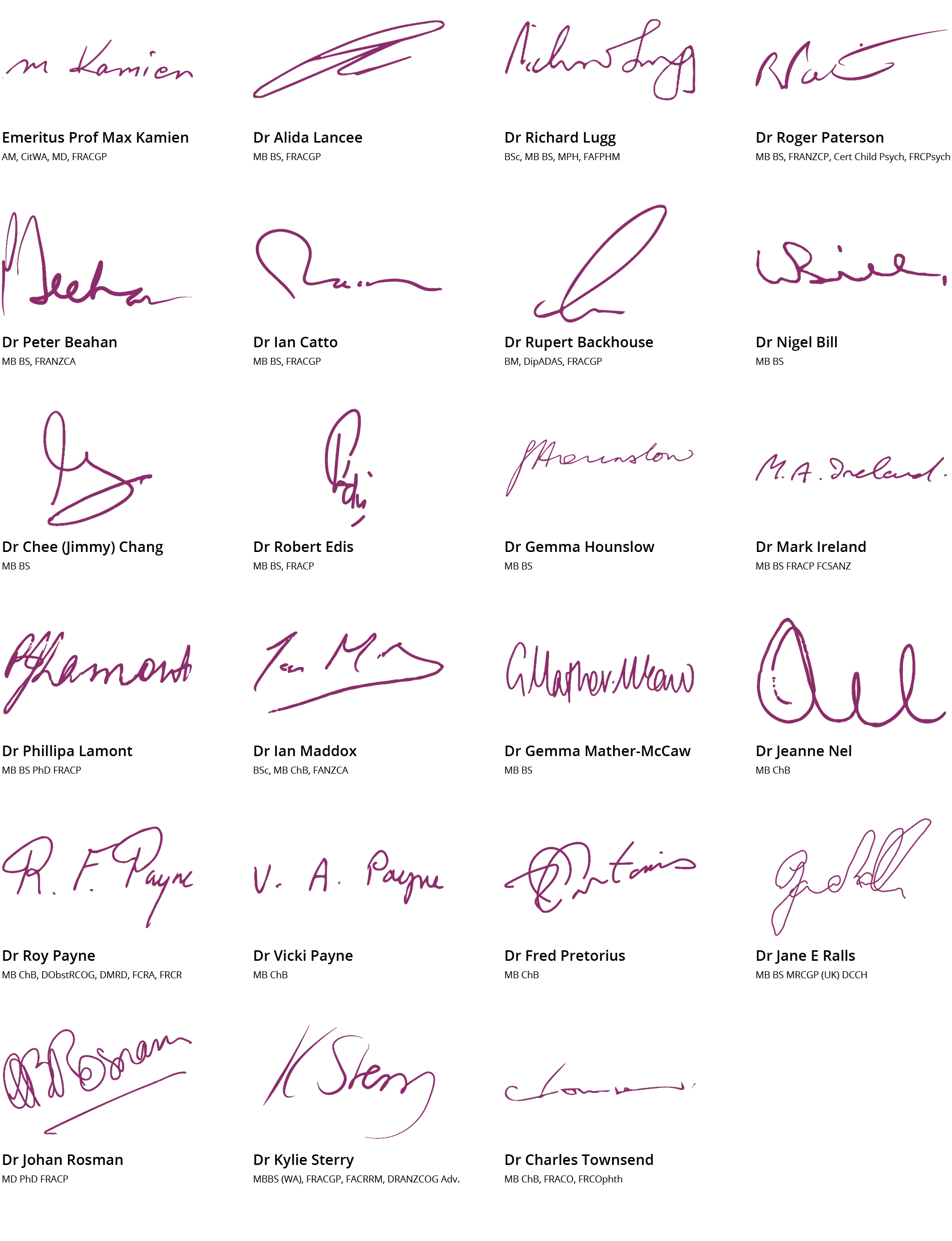