DWDWA is an incorporated not-for-profit association, founded in 1984. The members of DWDWA believe that a mentally competent person who is terminally ill and experiencing intolerable and irremediable pain or suffering should have the right to choose to die, painlessly and with dignity, and that a doctor who has the courage and compassion to help them must be protected by the law.

This belief is held by an overwhelming majority of Australians. As at 1 January 2022 it was enshrined in law in every state except New South Wales, where legislation has passed through the lower house and will be voted on in the upper house in the near future. It is also enshrined in law in a growing number of countries all over the world.

The association represents a wide range of people, who support its work through membership fees, donations and bequests. It is run almost entirely by volunteers. It is closely aligned with other Dying with Dignity organisations throughout Australia and is a member of the World Federation of Right to Die Societies.

The objects of DWDWA as stated in its constitution are:

The fourth of these objects has been achieved; all of the others remain important for all West Australians, especially those who may be approaching the end of their lives.

To see our current and future objectives, see “2022 and Beyond” [Our website currently being updated and a link will be provided ASAP. Feb 2022]

The Committee members of DWDWA as at 1 January 2022: 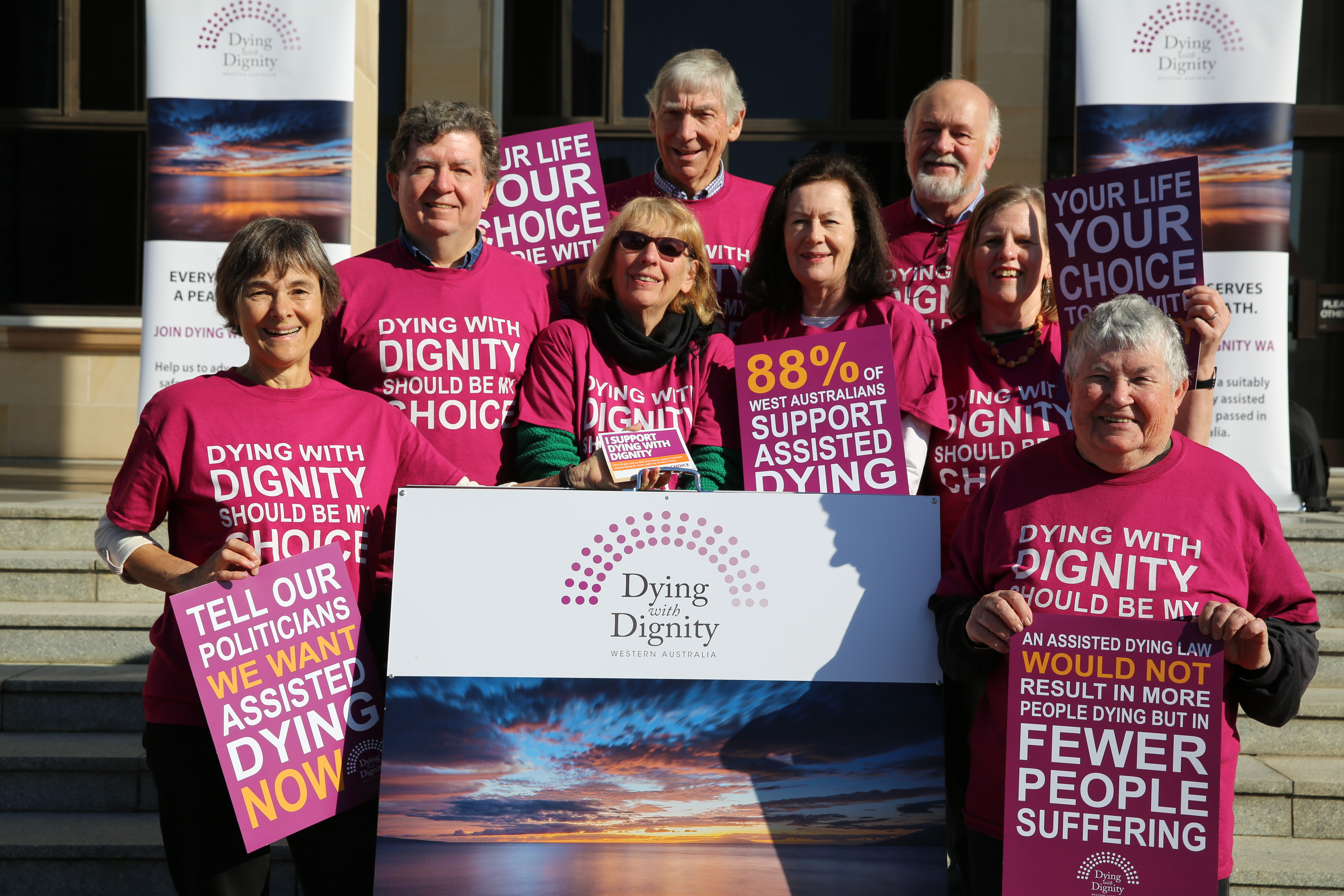