Dad of three appeals for assisted dying in NSW 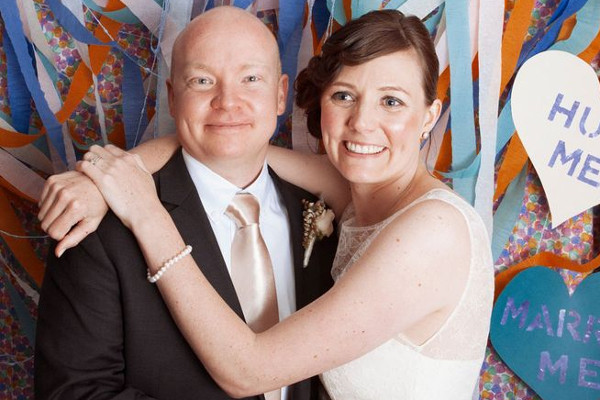 Last winter, Scott Riddle, aged 36, returned home to Sydney after spending four years working in Silicon Valley, to live his dream of running a small farm in country NSW with his three young children and wife Amelia. A routine trip to register with a local GP led to a shock cancer diagnosis. In less than two weeks Scott was told not only did he have a tumour in his colon, but his cancer was stage four and it has spread to his lymph nodes and liver.

Scott’s terminal illness has led him to get involved with Dying with Dignity NSW to help push for voluntary assisted dying laws across Australia.

On 26 September 2017, before the NSW Voluntary Assisted Dying Bill (2017) went before the Upper House, Scott wrote a supportive blog called Please don’t ever let that happen to me. A call to action for those in NSW or VIC.

“I’ve been a big supporter of legislation like this long before I was told I have a 50/50 chance of surving my recent cancer diagnosis, but obviously that news has made this much more personal. I hope I don’t ever need to use a legal mechanism like this, but I can tell you that knowing it’s an option would help quell some of my greatest worst case scenario fears.”

Scott recently told Sarah Swain of Nine News: “I’ve had friends and family who’ve suffered from things like motor neurone disease and seen what you could describe as pretty awful deaths. I’ve had family members who’ve died of cancer who’ve had pretty awful deaths….The vast majority of people who have a bad prognosis they want to be around for as long as they possibly can, and that would be the same for me.” Scott explained that it’s the peace of mind of knowing it’s an option which helps him and other cancer patients he’s met deal with their prognosis.