Goodall’s death and the fears of many elderly Australians 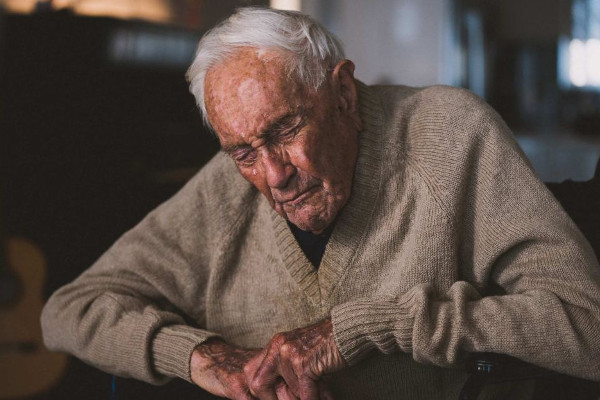 The following opinion piece was written by Penny Hackett, President of Dying with Dignity NSW, and published in the Sydney Morning Herald on 11 May 2018 as ‘David Goodall’s story forces us to confront uncomfortable truths’

“The journey of 104 year old Professor David Goodall to end his life in a Swiss clinic has resonated around the world. He would not have met the criteria for assisting dying laws for the terminally ill recently passed in Victoria and under consideration in other states.However, his story forces us to confront uncomfortable issues surrounding death and dying and the genuine fear that many ill and elderly people hold as they approach the end of their lives.

“Modern medical practice is very focussed on curing people but struggles to confront the suffering where death is inevitable and unavoidable. Suffering is not just about pain and physical symptoms. For many, issues such as loss of dignity, independence, physical immobility and inability to communicate with loved ones can have devastating effects. Even with the best palliative care, many people still experience unbearable physical and mental suffering as they approach death.

“Professor Goodall attempted to take his life in the months before departing for Switzerland. Tragically this is not an isolated story and an increasing number of those suffering serious and incurable conditions are taking drastic and often violent measures to kill themselves rather than face the possibility of a bad death.

“The 2016 Victorian Parliamentary Committee of Inquiry into End of Life Choices heard that around 50 Victorians a year take their lives after “experiencing an irreversible deterioration in physical health’. An emotional Coroner described cases of hangings, suffocation, gunshots poisoning and other distressing and violent deaths including a 90 year old man with cancer who died from nail gun wounds to his head and chest. The trauma to the families left behind and to emergency services workers cannot be overstated.

“We must not look away from these deaths. We must overcome our reluctance to speak frankly about death and dying. We must better understand the process of dying and prepare for what is ahead of us in terms of our medical care and the impact on our daily lives and on our carers and loved ones. We need to talk openly with our families and doctors about our wishes and make fully informed decisions about our rights to accept or refuse medical treatment and record those decisions in advance care directives. We must lobby for better palliative care services in the community and in aged care facilities. The medical profession needs to communicate better with patients about their end of life options and recognise that their natural inclination to prolong life does not always accord with the patient’s wishes or best interest.

“The desire for a “good death” is universal and I hope that Professor Goodall’s story and the campaign for voluntary assisted dying laws for the terminally ill will prompt more open and honest discussions within families, the medical profession and the community about death and dying. Surely we can do better than having our elderly people killing themselves in lonely and violent circumstances because they fear the pain and suffering of a ‘natural death’

There was a lot of media coverage of David Goodall’s decision to have an assisted death including the following articles:

Dr David Goodall on ABC News in May 2017 (photo by Laura Gartry) described as Australia’s oldest working scientist, Dr Goodall has produced more than 100 research papers, earning three doctorates and receiving a member of the Order of Australia.

David Goodall was not terminally ill, but his health had deteriorated so badly that he had to stop most of his activities — like working at Edith Cowan University in Perth and performing in the theater — and he did not want to continue living.

Asked if he was happy, he responded: “I’m not happy. I want to die. It’s not sad particularly. What is sad is if one is prevented.” Sitting in a wheelchair, he added: “I’ve lived quite a good life until recently. The last year has been less satisfactory for me because I couldn’t do things.”

Asked if there was anything he still wanted to do, he said: “There are many things I would like to do, of course, but it’s too late. I’m content to leave them undone.” Pressed about what he would miss, he allowed, “I have been missing for a long time my journeys into the Australian countryside, but I haven’t been able to do that for quite a while”. He was asked about his last meal. “I’m rather limited in my culinary enjoyment nowadays,” he responded. “I don’t find that I can enjoy my meals as I used to.”

He was not afraid of death but acknowledged that he previously tried to end his life in Australia.   “It would’ve been much more convenient for everyone if I had been able to,” he said, “but unfortunately it failed.” How would he like to be remembered? “As an instrument of freeing the elderly from the need to pursue their life irrespective,” he said at his last news conference.

At the end of a long, productive, and happy life – and though not terminally ill – Dr Goodall had nevertheless had enough, and wanted to pull up stumps on his own terms. Denied the chance to do that in Australia, he flew to Switzerland where it is legal.

“One wants to be free to choose [one’s] death, when death is at the appropriate time” Dr Goodall said in that final press conference.

How many of us, if given the choice between ending it this way, and ending it with the ghastly descent most very old people experience, would not choose Dr Goodall’s way?

David Goodall passed away on Thursday night at the luxury Eternal Spirit clinic in Basel, Switzerland via voluntary euthanasia….

It costs $10,000 to have an assisted death at Eternal Spirit..Patients must arrive two days before so they could be assessed by local Swiss doctors. That means booking separate accommodation. Flights are also not covered by Eternal Spirit… According to Swiss law, patients must open the IV drip or orally consume the lethal drug on their own… The state’s attorney and coroner arrive at the clinic to check that everything was done according to Swiss law.