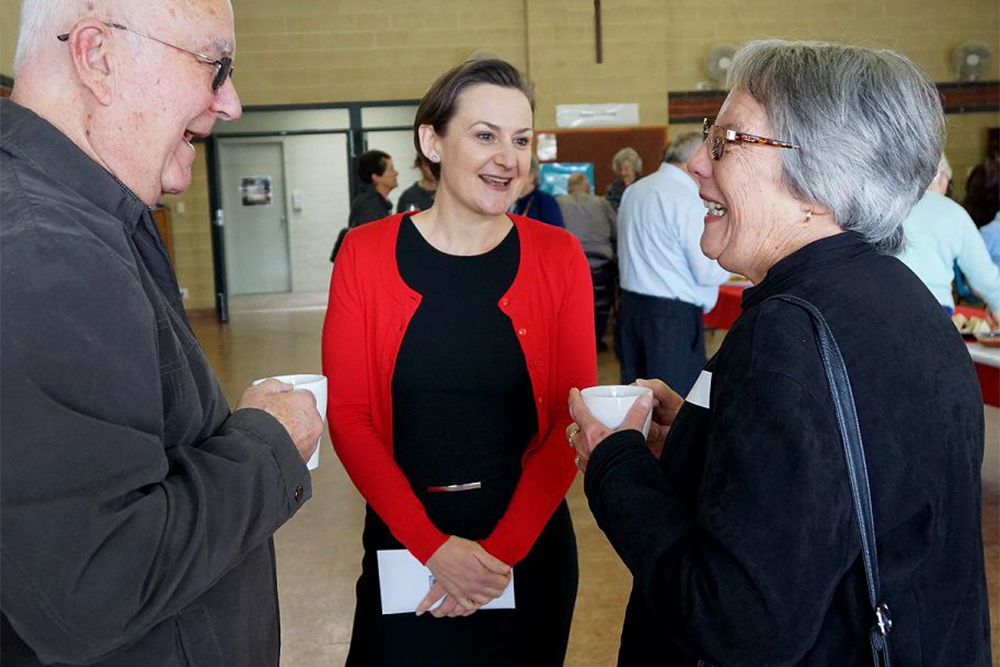 The Chair of the Joint Select Committee on End of Life Choices, Labor MLA, Amber-Jade Sanderson, has responded to a Victorian opponent of assisted dying who has travelled to Perth to 'warn of the risks of assisted dying laws' in an attempt to build opposition to the proposed law.

Dr Stephen Parnis is an emergency doctor, and former Victorian AMA President, but he is also a passionate opponent of voluntary assisted dying and someone who tried to block the Victorian legislation when it was being debated in 2017.

"I would encourage Dr Parnis not to ignore the overwhelming community support for voluntary assisted dying in Western Australia or the many hundreds of people who have and are suffering unnecessarily at the end of their lives with terminal illness," said Ms Sanderson.

"I encourage Dr Parnis to reach out to members of Parliament who joined me on the committee, heard stories from hundreds of people from across Western Australia and supported the recommendation to legislate for voluntary assisted dying.

Some supporters of assisted dying in WA are angry that Dr Parnis believes his opinion on this issue should outweigh the 88% of Western Australians who want this law.

"It appears Dr Parnis is an expert in EMERGENCY care. I suggest he spends a few months with terminal cancer patients at the end of their lives - the ones for whom the best palliative care has failed to control their pain. They may be a small percentage but their deaths are a nightmare for them and the people who love them. They must be given the choice to end their pain. This is not euthanasia, it is our choice," said Anne Fraser.

Hopefully, MP's in WA will not be influenced by the fear, uncertainty and doubt that opponents, such as Dr Parnis, are trying to create. Hopefully they will carefully consider the recommendations in the 'My Life, My Choice Report' and respect the findings of the year-long Inquiry into End of Life Choices.

The McGowan Government is following a similar process to Victoria for introducing assisted dying legislation. A government sponsored bill will be drafted by an expert panel headed by former governor Malcolm McCusker, which includes medical practitioners, palliative care experts, health service workers, representatives of the legal profession and disabilities organisations.

"It is this expert panel which is best placed to consider in detail all the appropriate safeguards that will need to be included," Ms Sanderson said.