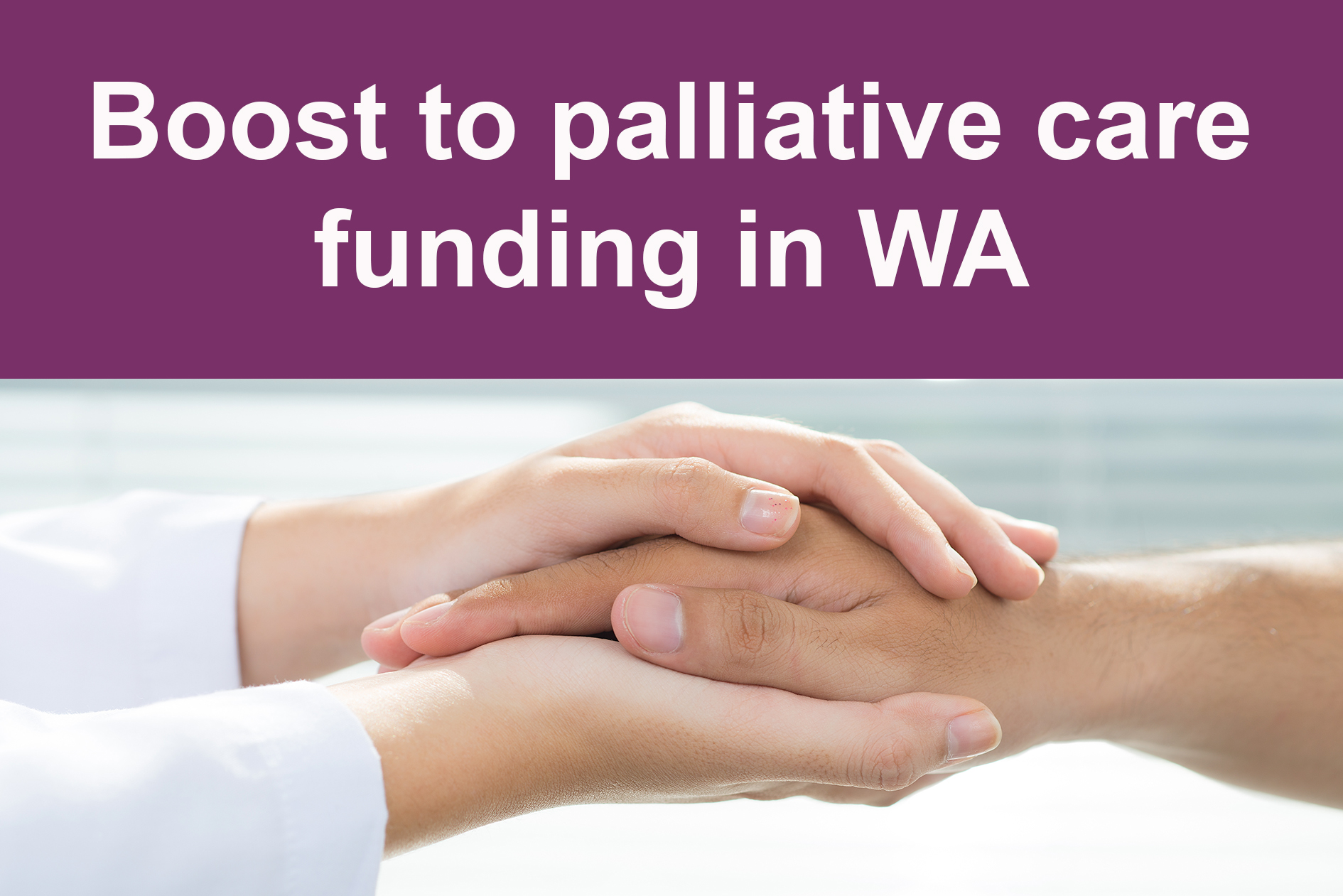 On Thursday 10 October 2019 the McGowan Government announced that it will boost its “end of life” palliative care package funding by 43 per cent. This was welcome news, especially for some of the undecided MPs who have yet to declare their support for the Voluntary Assisted Dying legislation.

There will be an extra $17.8 million in funding for more inpatient care beds in Perth’s northern suburbs and funds for expanding in-home care in Perth and regional WA. Better funding for palliative care has been a key demand of country members and One Nation MLCs whose votes will be crucial to whether the Bill is passed by the Legislative Council.

“In Western Australia we have to meet demands of the most geographically challenging and isolated health jurisdiction in the world,” Mr McGowan said.

“As such we need to ensure as a priority we provide essential, supportive, caring hospital and community-based palliative care services.”

The increase of $17.8 million comes on top of the extra $41 million allocated to palliative care that was announced by the Government last year.

According to a report in The Kalgoorlie Miner the $3.6 million allocated for the Goldfields region will allow specialist district palliative care teams comprising medical, nursing, allied health and Aboriginal health workers to be employed and the number of full-time specialist staff operating in the region is set to increase from four to 12.

“This funding will enable the WA Country Health Service to deliver 24-hour nursing care via community-based nursing and Telehealth to palliative care patients in the Goldfields who wish to die at home.

Debate on the legislation will commence in the Upper House on Tuesday 15 October and the Government is hoping it will be passed before the end of the year. Supporters are hoping that the additional funding allocated to the provision of palliative care will go a long way to addressing the concerns of upper house MP's including the National's Martin Aldridge and the two One Nation MLCs Colin Tincknell and Robin Scott.