NSW assisted dying bill defeated by one vote, but we are not defeated 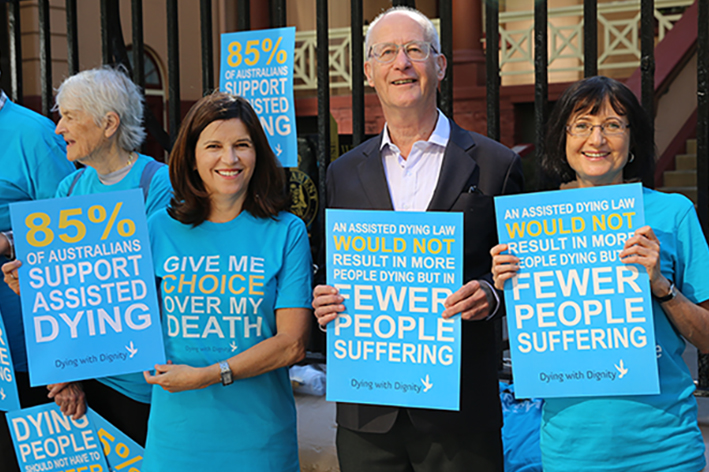 The NSW Voluntary Assisted Dying Bill was a private member’s bill introduced by Nationals MP Trevor Khan, a member of the Parliamentary Working Group on Assisted Dying. The bill, which they had developed over two years, in consultation with key stakeholders, failed to pass in the NSW Upper House by one vote. All MPs were given a conscience vote (apart from the 5 Greens who supported it as party policy and the 2 Christian Democrats who opposed it as the policy of their party). The final vote, taken at 11.15 pm on Thursday 16 November 2017, was 19 votes in favour, 20 opposed.

The NSW Voluntary Assisted Dying Bill was prepared over the past two years by the NSW Parliamentary Working Group on Assisted Dying, consisting of: 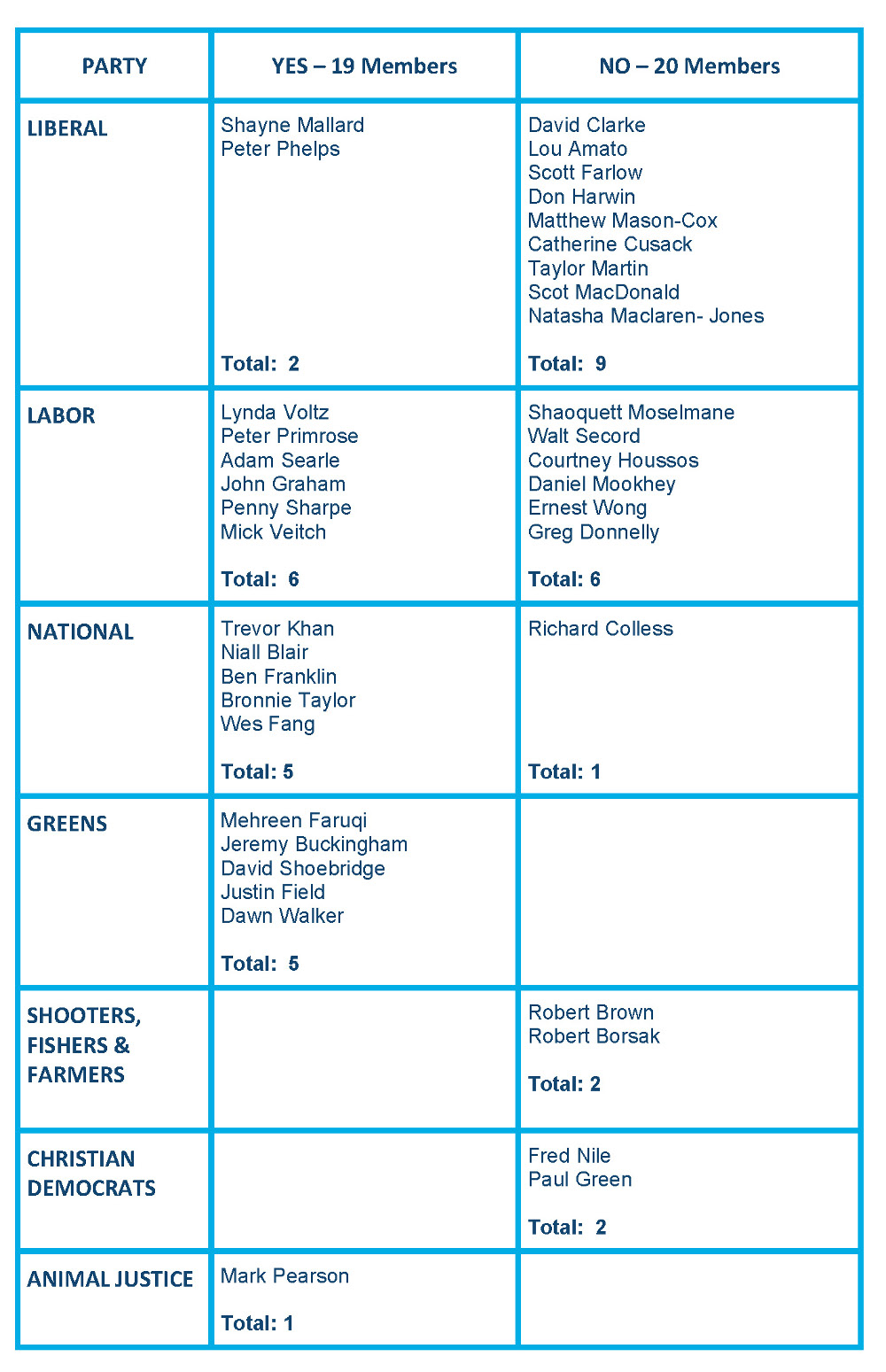 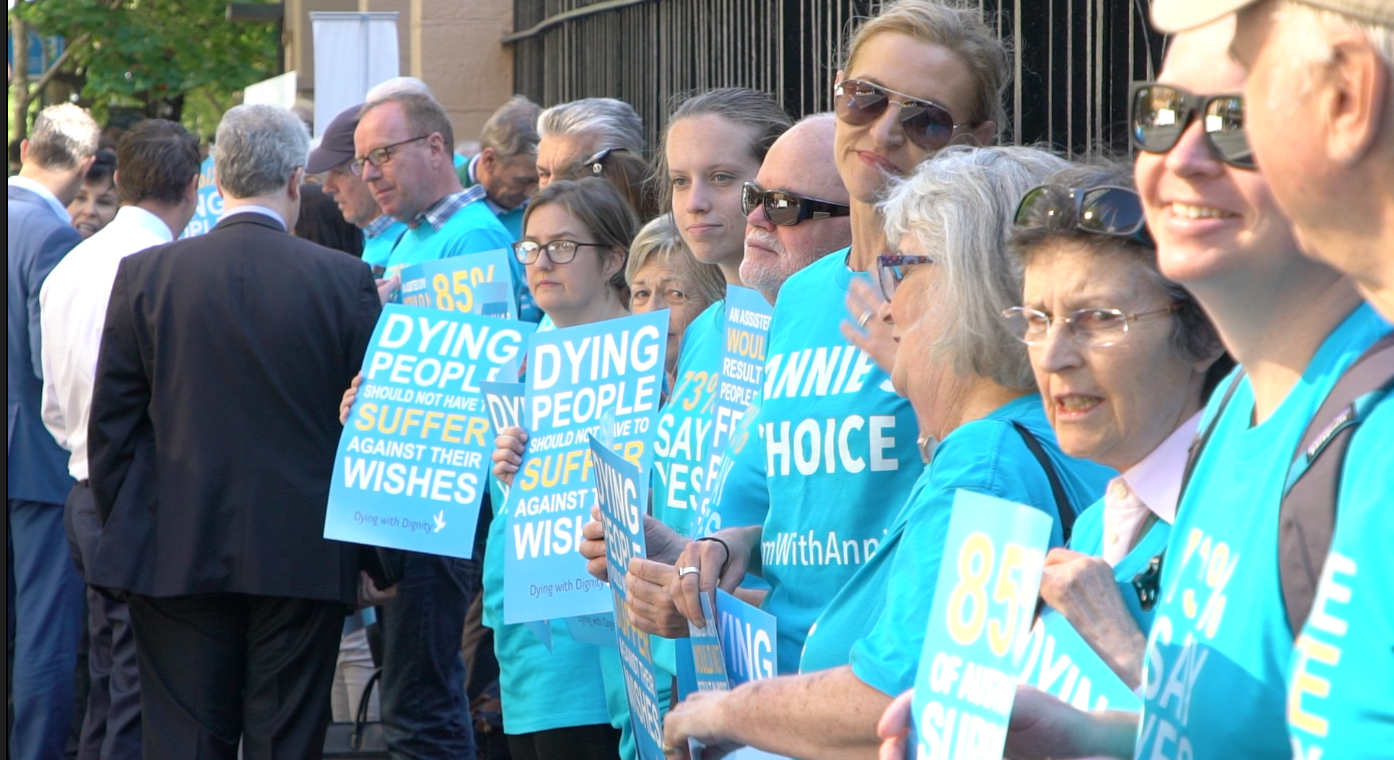 According to Sarah Edelman, President of DWD NSW, in the Sydney Morning Herald article 17 November 2017 ‘Religious groups doomed Voluntary Assisted Dying Bill‘
“….more than half of the 20 MPs who opposed the bill made reference to their religious faith, “sanctity of life” and teachings of Christ…Cases from overseas countries that have legalised assisted dying were cited with facts deliberately distorted, and the laws in Belgian and Netherlands were confounded with the much more conservative Oregon model, on which the NSW bill was based.”

Significantly, the leader of the Christian Democratic Party, Reverend Fred Nile, admitted the following day to Fairfax Media that he had “made a mistake” and that the horror case from Oregon that he had referred to in his parliamentary speech had actually occurred under the much more liberal euthanasia laws that operate in the Netherlands, rather than in Oregon, upon which the NSW Bill is based. For more details see the Sydney Morning Herald article 17 November 2017 ‘ ‘God prompted me’: Fred Nile’s error in horror story during NSW assisted dying debate‘ 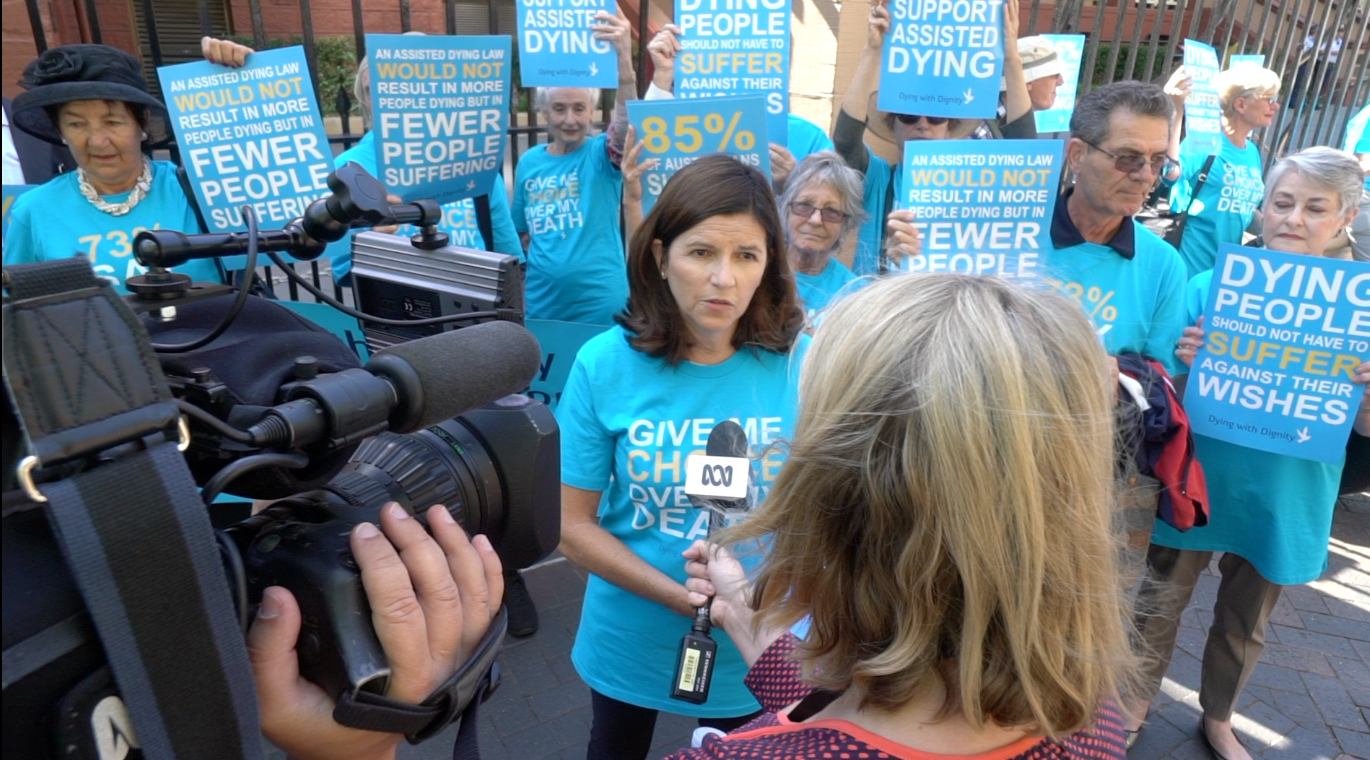 Shayne Higson, Vice President of DWD NSW, (pictured above prior to the debate) gave Ute Schulenberg of Guardian News feedback about the events of 16 November 2017. Shayne commended the nineteen members of the Upper House who supported the bill, especially the five National Party MPs who voted ‘yes’, saying “We are very proud of National Party members in both houses because they have really looked at the evidence and listened to the people … some of them having changed their previously held views.”

However, Shayne confessed that “We really thought we had the numbers … we had worked so hard and met with so many members of Parliament but a couple of Coalition MP’s changed their position at the last minute..It’s really hard…We have to wait until after the next election, which is in March 2019. It’s a long wait, and for people like me, who are so close to the issue, I can’t help thinking about the hundreds of people who will die badly because this Bill failed to pass.”