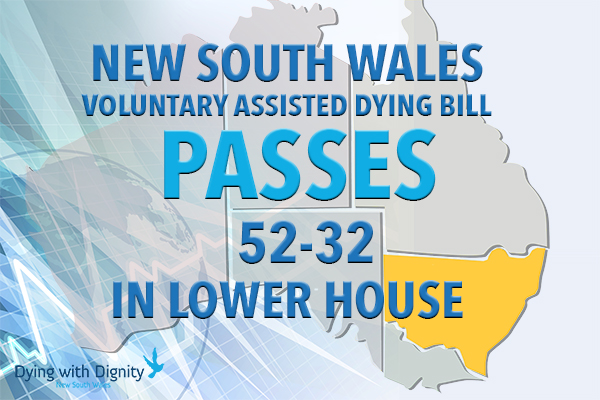 Dying with Dignity NSW were relieved and pleased to see the NSW Voluntary Assisted Dying Bill 2021 pass the final vote in the Lower House 52 votes to 32 on Friday 26 November 2021.

Dying with Dignity NSW President Penny Hackett said “We congratulate members of the Legislative Assembly who have acted in good faith and respectfully worked their way through what has been a challenging and emotional debate.”

After fifty years of campaigning for this law reform, our supporters can see a light at the end of the tunnel and can now picture a time, in the not too distant future, when terminally ill people in NSW will have the same, compassionate, end-of-life choices as other Australians.”

Dying with Dignity will face further challenges when the Bill moves to the Upper House early next year but it is a huge relief that this debate was resolved in the Lower House before Parliament finished for the year. 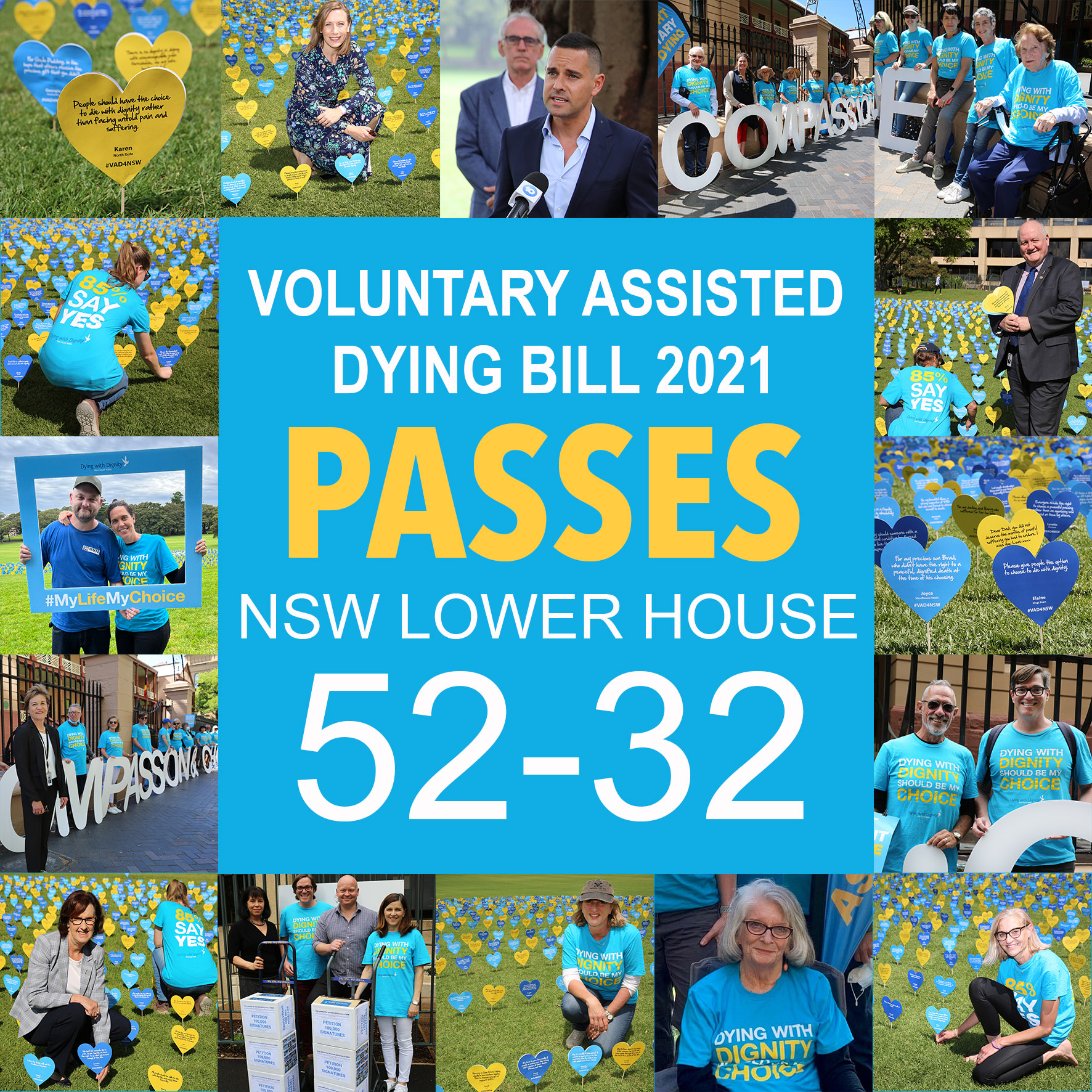 For Dying with Dignity’s Vice President, Shayne Higson, the passage of this Bill came at an emotional and meaningful time.

“At this time, nine years ago, my beautiful Mum, Jan was in the last hours of her life after enduring unbearable suffering at the end stage of brain cancer,” said Ms Higson.

“I promised myself, back in November 2012, that I would do everything I could to help change the law so that people in Mum’s situation aren’t forced to endure the terrible end stage of their terminal illness.”

“I know we still have to get this legislation through the Upper House next year but I feel confident after today’s vote that we can get this done. I couldn’t be happier.”

Dying with Dignity NSW wish to thank the Member for Sydney, Alex Greenwich, for his courage in bringing this much-needed legislation to NSW Parliament. He, and his Research and Policy Officer, Tammie Nardone, have worked tirelessly over the last 12 months to ensure this Bill achieved the cross-party support it needed.

The NSW VAD Bill had more co-sponsors than any other piece of legislation in Australian parliamentary history so they should feel very proud.

Ms Hackett said “This historic result sends a clear and unambiguous message to the Legislative Council that the people of New South Wales want this law passed to give dying people in this state the same rights as other Australians.

A number of MPs did not vote at the final Third Reading stage but the results were: