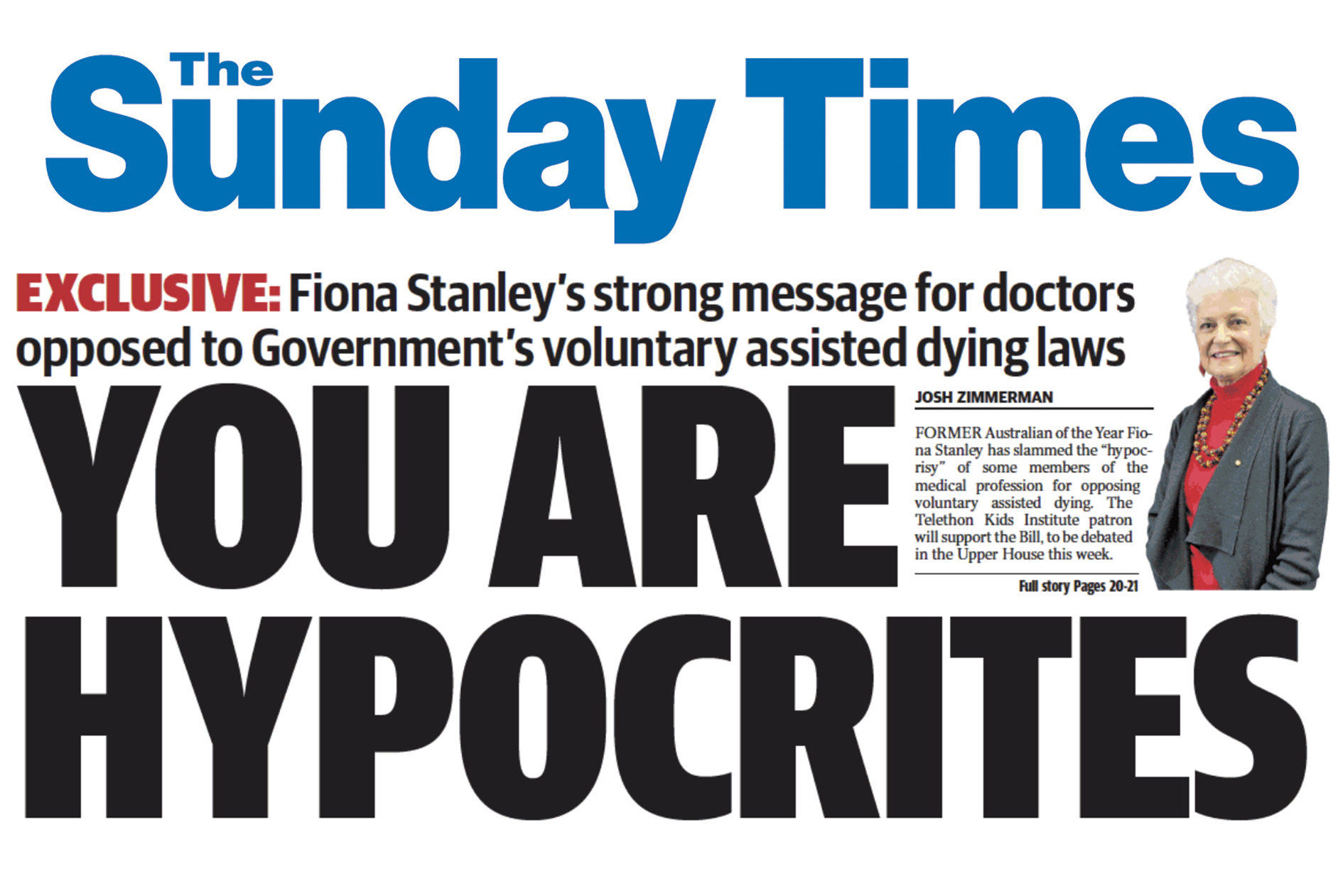 It was front page news in The Sunday Times when Professor Fiona Stanley, one of WA's most highly respected doctors and a former Australian of the Year called out “hypocrisy amongst the medical profession" over opposition in some corners to voluntary assisted dying legislation. Professor Stanley declared her full support for the Bill just days before the debate gets underway in the Legislative Council on Tuesday 15 October 2019.

“I’m really coming at this from the point of view of a caring citizen and someone who has experienced three deaths in my family — one of which was absolutely wonderful and the other two were so awful that I still feel anguished about them,” Professor Stanley said.

“I think there is a little bit of hypocrisy amongst the medical profession given that many of them when they are interviewed anonymously, many of them — I think probably over 50 per cent — will admit to the fact that they have given a little bit more (medication) to somebody that is in great distress to hasten their death,” Professor Stanley said.

The video contains the views of other WA doctors who are strongly in support of the voluntary assisted dying legislation.

Professor Stanley also questioned whether it was appropriate to withhold support for the Bill on religious grounds.

“I think if you looked at the teaching of Jesus Christ ... it’s a philosophy really for living together and for caring for each other,” she said. “Well if you put that into the context of this, you may want to have a debate about what that religion is really doing. Are you really serving and caring for people by saying, ‘No, no way’?”