Public Consultation through April and May for voluntary assisted dying legislation 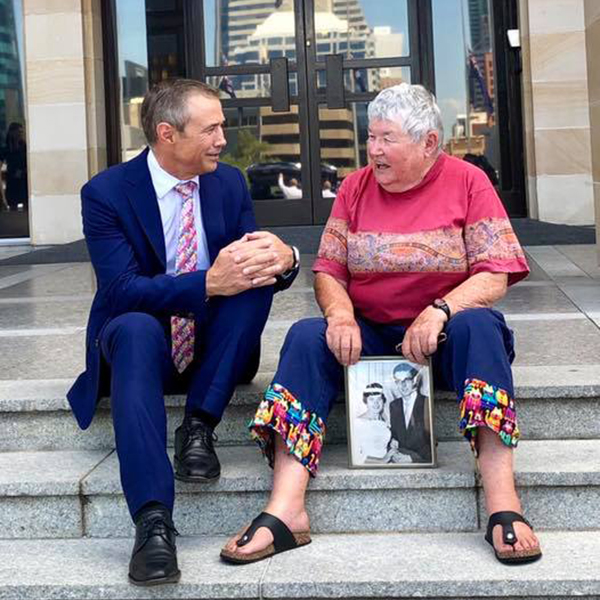 On 19 March 2019 the WA Health Minister, Roger Cook announced that Western Australians would be given the opportunity to have their say on key issues being considered in the development of laws to enable voluntary assisted dying.

The announcement coincided with the release of a discussion paper by the Ministerial Expert Panel on Voluntary Assisted Dying that outlined key issues for the proposed legislation. Members of the Ministerial Expert Panel, which includes expertise from clinical, legal, consumer, disability and culturally and linguistically diverse groups will lead discussion at the consultation sessions being conducted across the State during April and May in Perth, Bunbury, Kalgoorlie, Geraldton and Broome.

People who cannot attend a consultation session can lodge written submissions for consideration by the panel.

A report on community feedback is expected in July with the voluntary assisted dying bill likely to be introduced into Parliament in August or September.

Roger Cook said that he wanted everyone to be involved in this debate.

“It’s a very important one for our community, it’s a debate not just for the medical professions but for everyone about how we create a more compassionate and progressive society.”

Accompanying Roger Cook at the announcement was Dying Margo Beilby from Roleystone who shared the story of her husband of 51 years, Michael took his own life because he was terminally ill and suffering.

You can read Dying with Dignity WA's submission to the Ministerial Expert Panel.

The discussion paper and more information about the planned consultation sessions and upcoming legislation can be found at http://www.health.wa.gov.au/voluntaryassisteddying