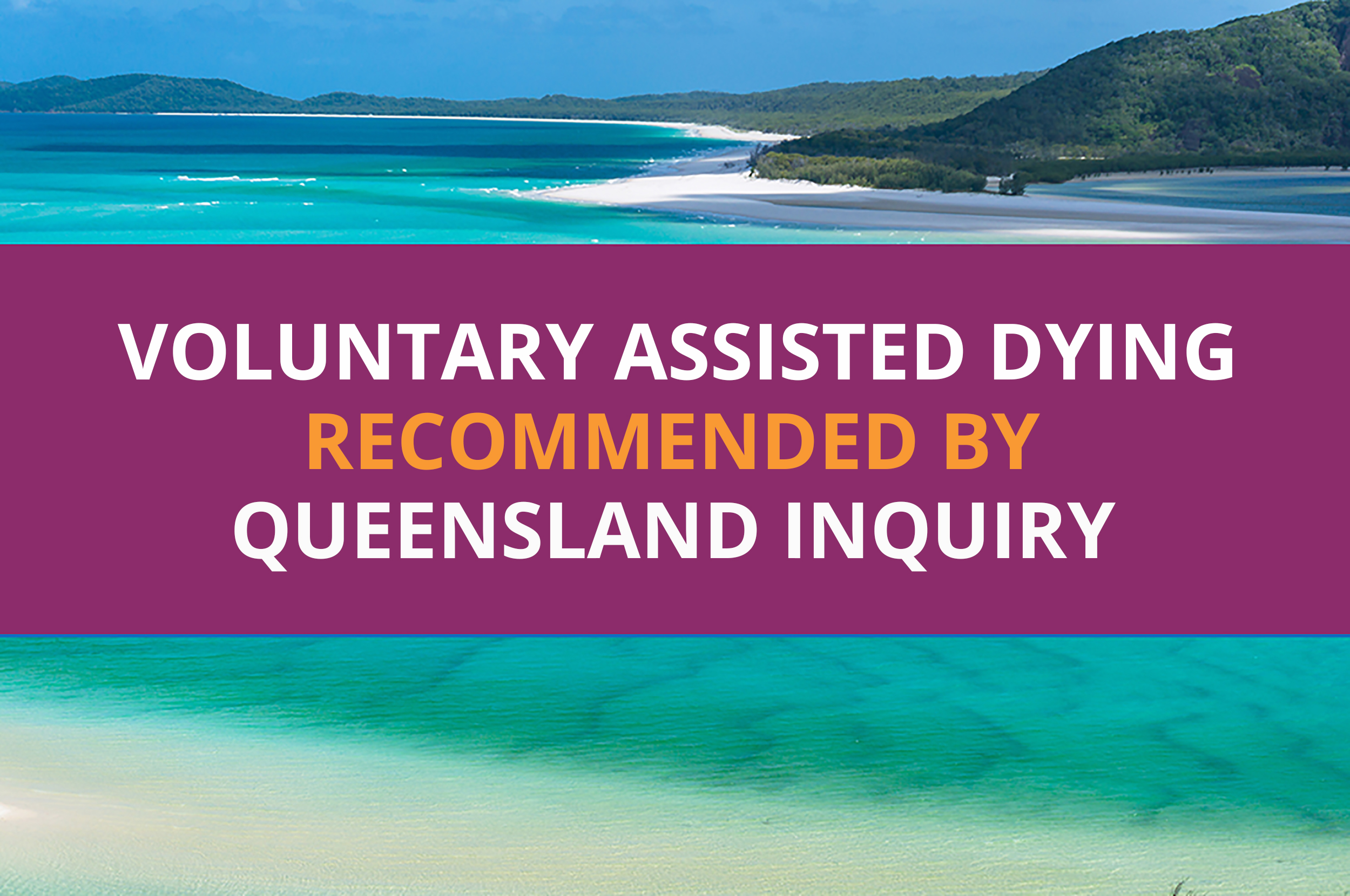 A long-running parliamentary inquiry into end of life related issues has recommended that a scheme to allow voluntary assisted dying is legislated in Queensland.

The recommendation is included in a report that was tabled on Tuesday 31 March 2020 by the parliament’s Health Committee.

Committee chair, Mr Aaron Harper MP, said the report followed over a year of extensive community consultations and public hearings as part of the Inquiry into Aged Care, End-of-Life and Palliative Care and Voluntary Assisted Dying.

“The committee believes that any such scheme should only be available to a person who has been diagnosed by a medical practitioner as having an advanced and progressive terminal, chronic or neurodegenerative medical condition that cannot be alleviated in a manner acceptable to the person, and that the condition will cause their death,” Mr Harper said.

“We have also recommended a number of safeguards that would further limit who may be able to access any such scheme,” Mr Harper said.

“The majority of Queenslanders who engaged with the inquiry supported the introduction of voluntary assisted dying and our recommendation to the parliament reflects this,” Mr Harper said.

“We believe citizens should have the choice to access voluntary assisted dying if they fit the strict eligibility criteria and if this is a choice made by them,” Mr Harper said.

“This is now a matter for the Queensland Government to consider,” Mr Harper said.

The tabling of the report on voluntary assisted dying follows the tabling a week earlier of the committee’s report on aged care, end-of-life and palliative care from the same inquiry.

“In late 2018, the Queensland Parliament tasked the committee with examining the delivery of aged care, end-of-life and palliative care as well as looking into whether there was community support for introducing voluntary assisted dying in Queensland.”

“The inquiry engaged with thousands of Queenslanders. We held 41 hearings across the state and received 4,729 written submissions. The views and experiences of submitters and over 500 witnesses informed our findings and recommendations,” Mr Harper said.

The March 31 deadline for completing the inquiry was set by the parliament long before the current COVID- 19 pandemic. The committee had no option to delay this report beyond the current crisis.

“We are conscious that the release of this report at this time may cause some people distress, and ask the media to consider this when reporting on the committee’s findings,” Mr Harper said.

The committee encourages anyone who may feel distressed about its report on voluntary assisted dying to seek counselling from support services such as:

The committee has tabled a summary of the findings and recommendations (Paper No.5) as well as the report (Report No.34).

The Government has three months to table a written response to the committee’s report and recommendations.