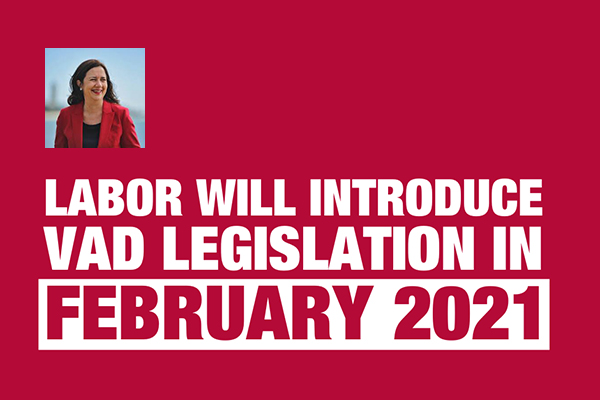 It was a calculated announcement that elevated the issue of assisted dying law reform at a key point in the election due to the contrasting position of the Liberal National Party.

Labor won the election on 31 October and although support for VAD is party policy all MP’s will be granted a conscience vote when the legislation is debated in early 2021.