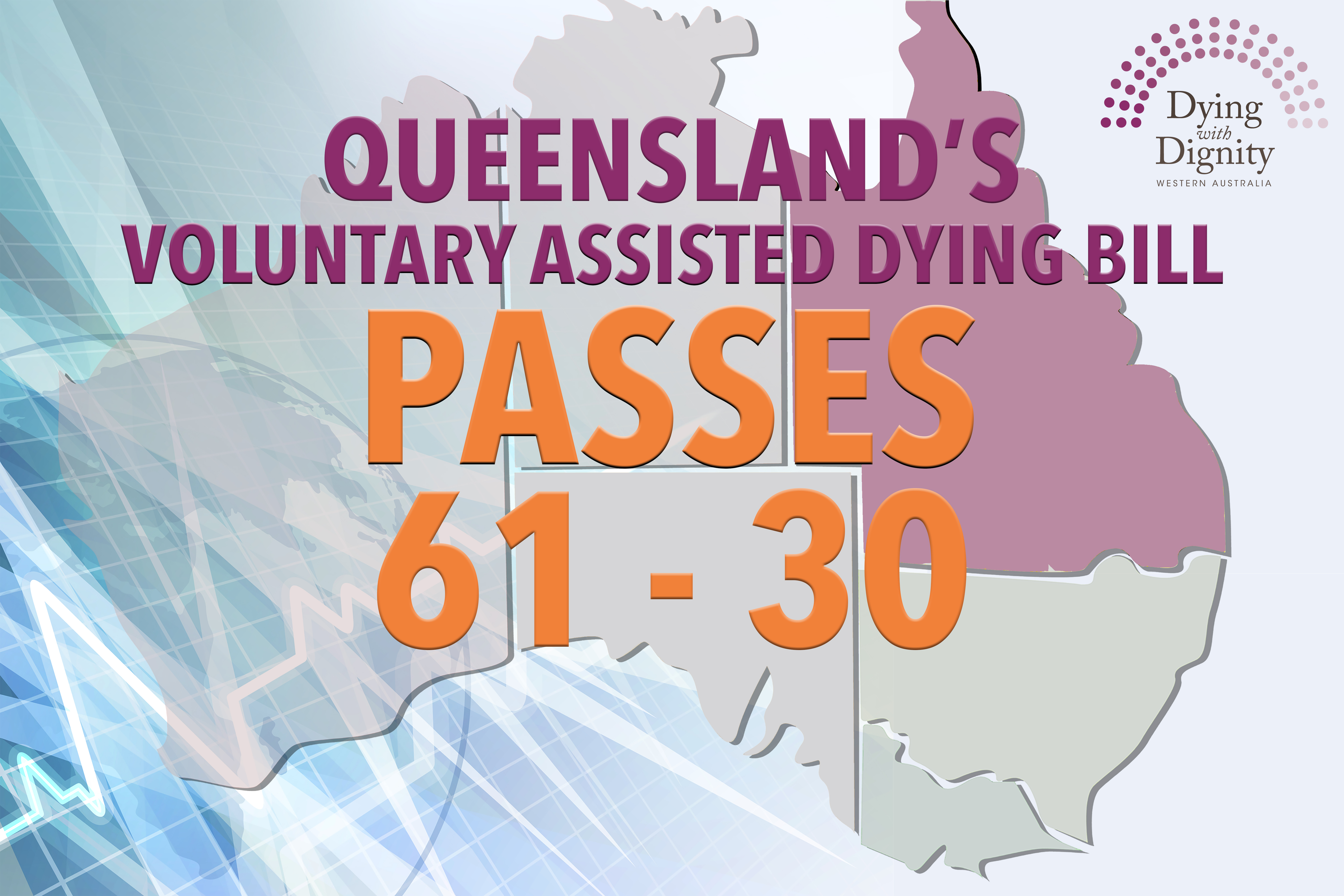 Dying with Dignity NSW has welcomed the passage of the VAD Bill in Queensland and is hoping that NSW Parliament will be able to resume in October so that this issue can be addressed in NSW without further delay.

The Queensland VAD Bill was approved without amendment on its third and final reading in Parliament just before 6pm by 61 votes to 30.

The Bill is awaiting assent by the Queensland Governor and then the law will come into effect in Queensland on 1 January 2023, following an implementation period.

The debate took place over three days with emotional speeches from many MPs who had to fight back tears as they detailed personal stories and revealed the exhausting challenge of weighing up opposing views ahead of the vote.

So who is eligible and what will be involved? Can doctors conscientiously object and what about access in a faith-based aged care facility? The ABC online has put together a comprehensive summary or you can read the full Queensland Voluntary Assisted Dying Bill 2021 here.