Robert's Story - "We can surely do better than this." 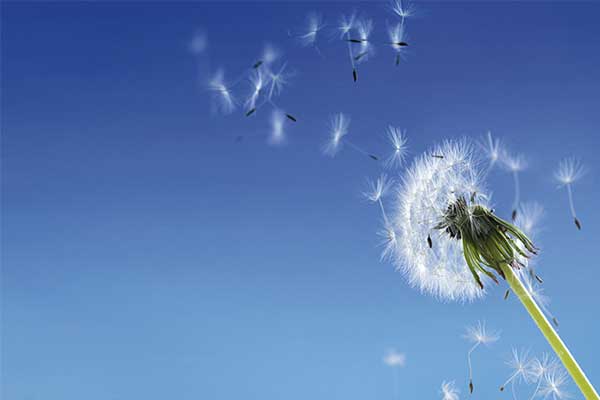 Four days after his 65th birthday, my husband Robert received the results of a CT scan, taken to investigate the cause of severe back and neck pain. Shortly afterwards he was diagnosed as having stage four lung cancer – wide spread through every bone in his body. The orthopaedic surgeon who inserted a pin running from hip to knee in his right thigh described his bones as being like wet cardboard. His pain was excruciating.

Robert loved life and loved his family. He said he would fight as hard as he could, for as long as he could, but that when he was not able to take any more “I do not want to die like Mum.” With his family, he had sat and watched his vibrant, beloved mother stop eating, drinking, communicating, and eventually shrivel and die. He was assured by his doctors that if that time came, his death would be managed far more effectively - and without pain.

His other wish was to be nursed, and to die, at home – and to spend as little time as possible in hospital. Silver Chain Palliative Care was supportive of this wish and provided amazing, patient-dedicated and knowledgeable care. We grew to trust them implicitly, especially our main nurse, who made weekly visits and helped us with innumerable problems.

For 21 months he underwent chemotherapy, radiation, orthopaedic surgery, immunotherapy, and had 14 hospital stays. For 21 months he endured constant, intractable and what for many would have been unendurable pain.

Robert was the strongest and most stoical person I have ever known. But by June 2017 he had reached the end of his endurance. He couldn’t walk, was suffering constant diarrhoea with no warning or severe constipation and accompanying nausea. He could hardly speak because of a tumour on his vagus nerve that was paralysing his vocal cords. He was facing imminent death, with no hope of recovery, and in constant and extreme pain.

My daughter and I were no longer able to cope with Robert at home. On 29 June 2017 he was admitted to a hospice, which was a terrible blow for him. Once again he voiced his fear of slowly dying in pain and distress away from home. His pain specialist reassured him that he could be made comfortable and would not be in pain until he died. My daughter and I committed to him that one of us would be with him at all times.

Robert told his doctor that he wanted to remain conscious and lucid for a few days to say goodbye to friends and extended family. And then he wanted a day or so with his closest family – our children and his sister and father. After that, he wanted oblivion.

None of this happened. He was sedated with an ever-changing cocktail of drugs – he was sometimes semi-conscious, sometimes anxious, restless, confused and disoriented. He had attached to his body four medication pumps, two butterfly ports for breakthrough medications, a catheter, a nappy. The usual regular blood pressure, blood oxygen level etc checks were made. He was washed daily, moved and moved again in an attempt to provide some sort of relief - but every move was agony. The bed was constantly soaked by his perspiration, necessitating frequent changes of sheets and pillow cases. His carers continued to actively nurse him, trying to provide comfort but in fact adding to his distress. Most of all, the pain continued to be unrelenting and he was bewildered by how far the reality of dying was from what he – and we - had been led to believe was possible.

Eventually, all he could convey was “I love you” and “please take me home”. He wanted to take all the medication we had left in the house to end the suffering.

I found a nurse to whom I could speak about our desperation. She told me that there was another drug which she believed would have the effect Robert wanted, but that our doctor didn’t believe in it. She said quietly that she would seek advice from a more senior doctor. We had NEVER before been told by ANYONE that there were any other options available – we believed totally that everything had been laid out before us; that we had been provided with ALL the information; ALL the options. And yet, we hadn’t been. We just couldn’t believe it.

Finally, the “other drug” was authorised and administered. Finally there was peace. Some days later, on 16 July 2017, my beloved Robert died quietly in his sleep.

Sometimes I imagine Robert’s death as I hoped it would be – in his bed at home, his son and daughter on one side, and me lying next to him on the other - all of us holding him while he was given a drug to give him the good death he wanted.

We can surely do better than this.