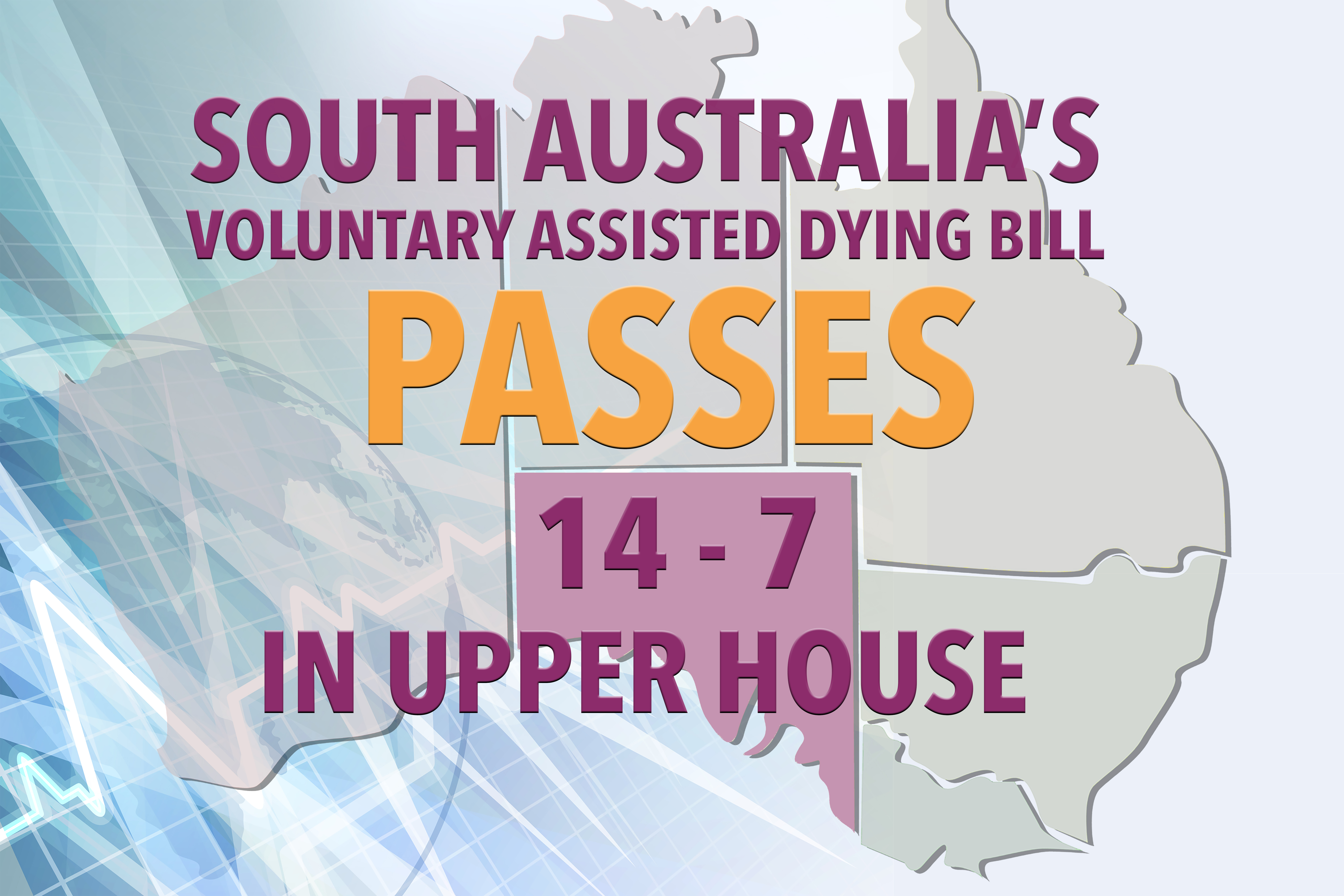 South Australia is one step closer to becoming the fourth Australian state to legalise voluntary assisted dying (VAD) after the state’s Upper House passed the legislation 14 votes to 7.

The final vote didn’t take place until late in the night on Wednesday 5 May as the Members of the Legislative Council considered a number of proposed amendments.

This is the 17th attempt to pass VAD laws through South Australia’s Parliament in 26 years.

In a statement the Premier said:

"As the leader of this state, I take my responsibility to have such legislation promptly resolved by the Parliament - one way or the other."

"This is an important issue, and I do not want its consideration to be unduly delayed through Parliamentary processes. That is why I have decided to progress debate on this legislation immediately.

"The community expects Parliament to act swiftly and decisively on issues that impact them, and that is why I am allocating government business time to debate the legislation now that it has passed the Upper House...

"While I personally don't believe I would use voluntary assisted dying laws for myself, I do not believe I should stop others from having that choice - which is why I will be supporting the bill.'

Throughout the debate our sister organisation, Voluntary Assisted Dying South Australia, organised events on the steps of Parliament to send a clear message to their parliamentarians.