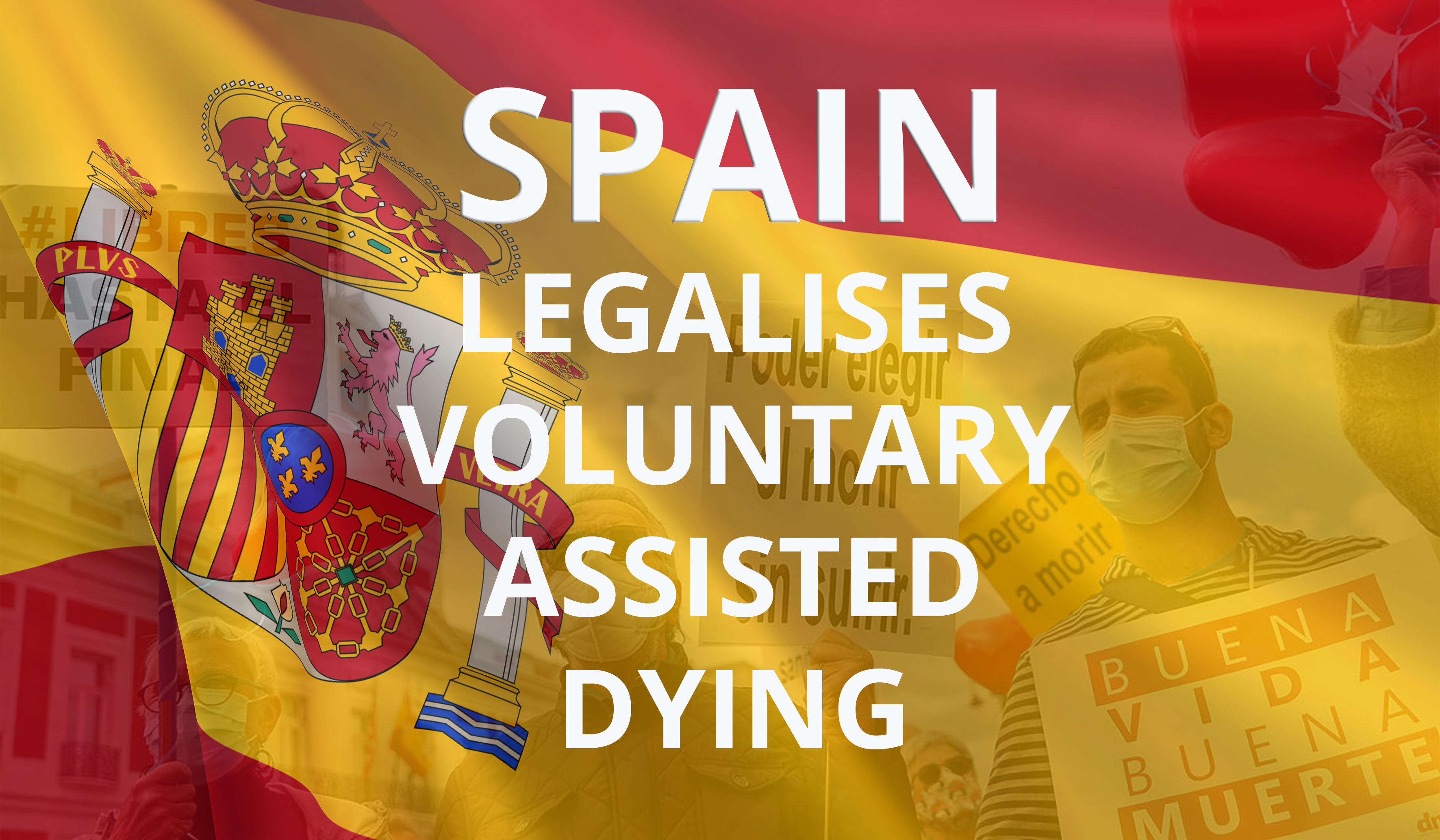 On Thursday 18 March, Spain became the latest European country to pass voluntary assisted dying (VAD) laws to allow adults with ‘serious and incurable’ diseases that cause ‘unbearable suffering’ to choose to end their lives.

Tweeting just minutes after the vote, the Spanish Prime Minister, Pedro Sánchez said, “Today we have become a country that is more humane, fairer and freer. The euthanasia law, widely demanded by society, has finally become a reality”.

The Spanish law permits administration by a doctor or self-administration. Like similar laws in Europe, to request either, the person must:

Medical practitioners can refuse to take part in the process on the grounds of conscientious objection.

The Bill passed in the lower house with 202 votes in favour, 141 against and two abstentions.

As expected, the result was welcomed by VAD supporters, but condemned by religious and conservative groups. The far-right Vox Party has already promised to challenge the law in Spain’s Constitutional Court. If the law survives that challenge it is expected to come into effect in June.