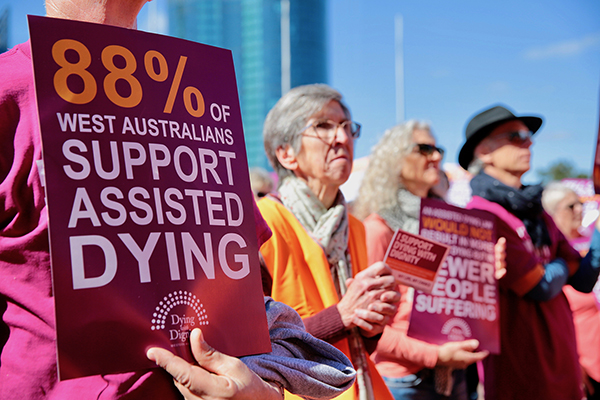 On Wednesday 8 May the ABC released data from their Vote Compass survey that shows support amongst Australian voters for voluntary assisted dying has now reached nearly 90%.

The survey question was - "Terminally ill patients should be able to end their own lives with medical assistance."

As with previous results on this question support cuts across all subgroups - gender, religious and political party preference, with more than 70% in all categories now in favour.

One of the most significant findings is that while those with no religion were the strongest supporters of the policy, nearly three quarters of Catholics, Protestants and people of other religions were also in favour.