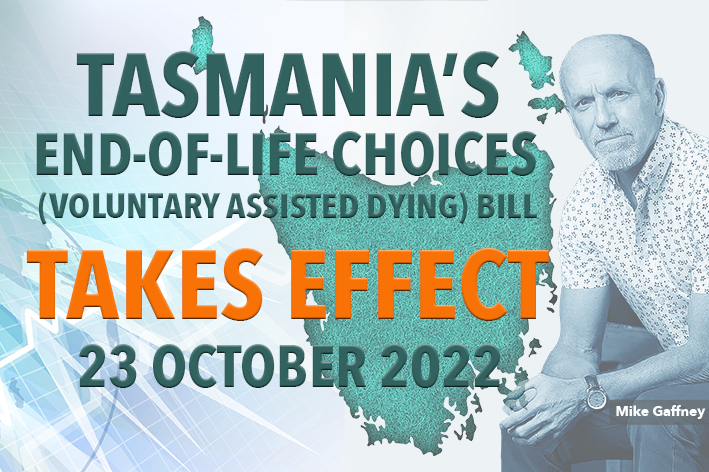 “At long last Tasmanians will have a choice at the end of their life if their suffering cannot be relieved by any other means,” Ms Nilsson said.

For sisters Jacqui and Natalie Gray who played a major part in the campaign, Sunday was a bittersweet day.

“To now know that Tasmanians have the absolute reassurance that they will never need to suffer intolerably is remarkable, but on the flip side it’s heart-wrenching that our mum’s death became the driving force for the strength and determination of our advocacy campaign, and essentially, the passing of this law.

“It’s been a rollercoaster ride of emotions for Nat and I, but knowing that our final promise to her has now come to fruition and been fulfilled means her death has not been in vain.”

Dying with Dignity NSW would like to congratulate Hilde Nilsson and former DWD President Margaret Sing, The Gray sisters and of course, the independent MLC, Mike Gaffney, who introduced the Bill. The Tasmanian VAD Bill passed the upper house in an historic unanimous vote, something that has never happened in the world before.