Tasmania is now the third state to pass VAD laws 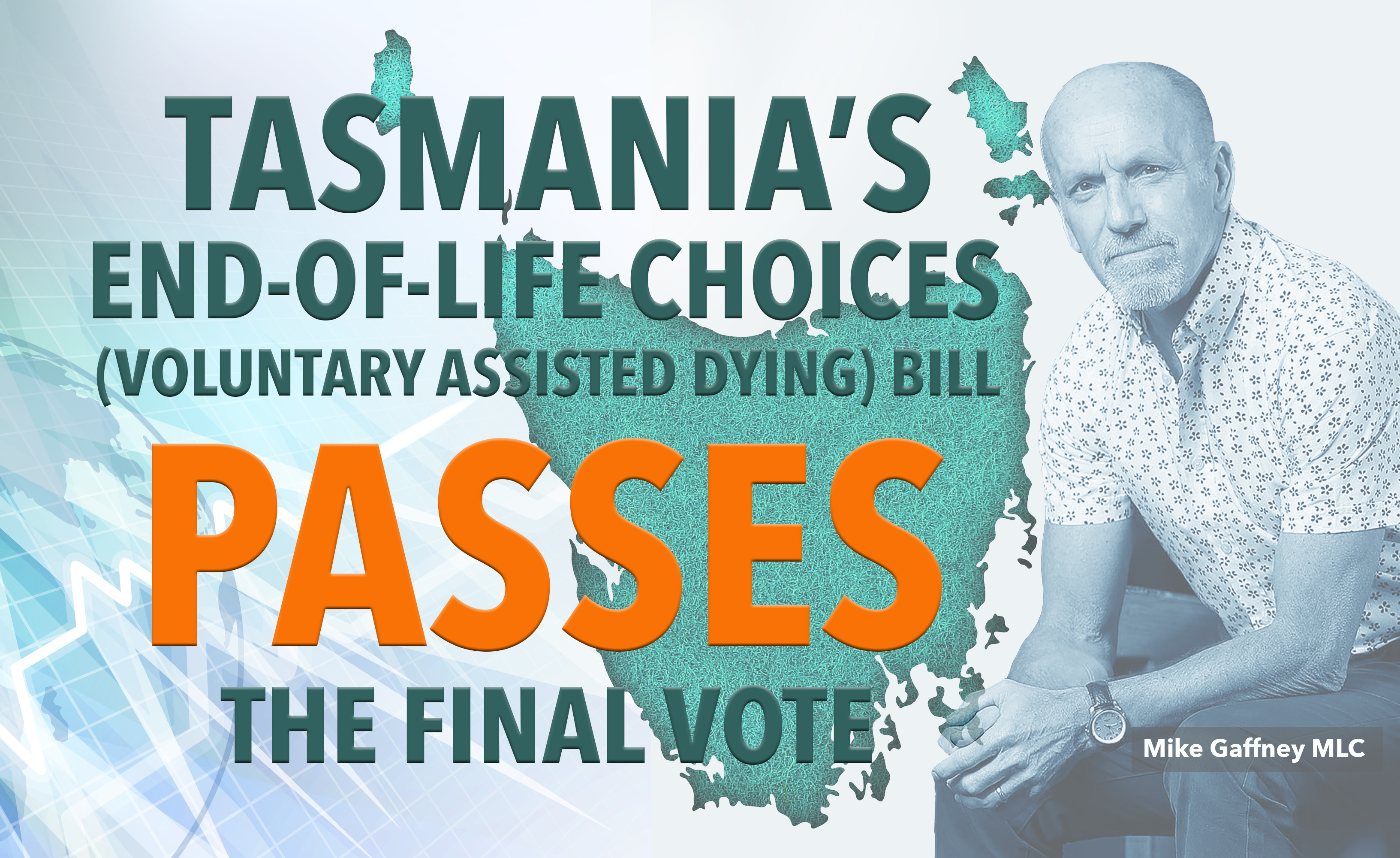 Tasmania was certain to become the third state to legalise voluntary assisted dying (VAD) after an overwhelming majority of the state’s House of Assembly passed Mike Gaffney’s End-of-Life Choices (Voluntary Assisted Dying) Bill 2020, 16 votes to 6 in favour in early March.

There were a number of amendments introduced during the lower house debate, so the Bill needed to return to the upper house for final approval. This was always going to be a formality considering the upper house passed the legislation in an historic unanimous vote last November.

Like the Victorian and Western Australian VAD laws, under the Tasmanian legislation, a person would be eligible to access voluntary assisted dying if they are aged 18 or over, have decision-making capacity, are acting voluntarily, meet specific residency requirements and be experiencing intolerable suffering in relation to an illness or health condition expected to cause death within a specified time period.

Before undertaking the final stage of the debate, Liberal Premier, Peter Gutwein, referred the legislation to a panel of legal, health and public policy experts at the University of Tasmania for an independent review over the summer recess. The Review was not intended to make recommendations as to whether the Bill should be amended, or in fact, passed, it aimed to provide analysis and evidence to guide the Parliament’s ongoing consideration of the Tasmanian VAD Bill.

That Review found “the process proposed in the Tasmanian VAD Bill for requesting, assessing eligibility for and accessing VAD, and the safeguards built into this process, are among the most rigorous in the world.”

Some of the amendments proposed during the debate were passionately defended or opposed. Importantly the use of Telehealth for VAD consultations, after the initial consultation, was maintained in the Bill and an amendment that would have allowed hospitals and aged-care facilities to refuse VAD on their premises, was defeated.

The result in Tasmanian shows that assisted dying law reform does not have to be a government initiative in order to succeed giving new hope to supporters in South Australia and NSW where Private Members Bills are due to be debated in 2021.

As long as the major parties allow a ‘true’ conscience vote for their parliamentary members, which happened for the first time on this issue in Tasmania, it is possible to achieve strong, cross-party support enabling this compassionate, end-of-life option to become law.

This was the fourth attempt to pass VAD laws in Tasmania and many believe a game changer this time round was the significant contribution from two sisters, Jacqui and Natalie Gray, who ran an amazing grassroots campaign in memory of their mother Diane who had suffered a ‘bad’ death in 2019.

Their efforts inspired others to join the campaign which led to the first ever unanimous vote on assisted dying anywhere in the world. As they said on their Facebook page last year -

“Your Choice Tas might appear to be two sisters and the legacy of their mother fighting to legalise VAD in Tasmania... but we are far more than that! We are the Tasmanian community; every single one of you who have signed the petition, letterbox dropped or contacted your local MP. We are the many people who have contributed their time and advice on topics usually foreign to us. We are those that have donated toward producing flyers. We are the media who have rallied behind us to share our story. We are a large number of the politicians who are also actively supporting our fight.” 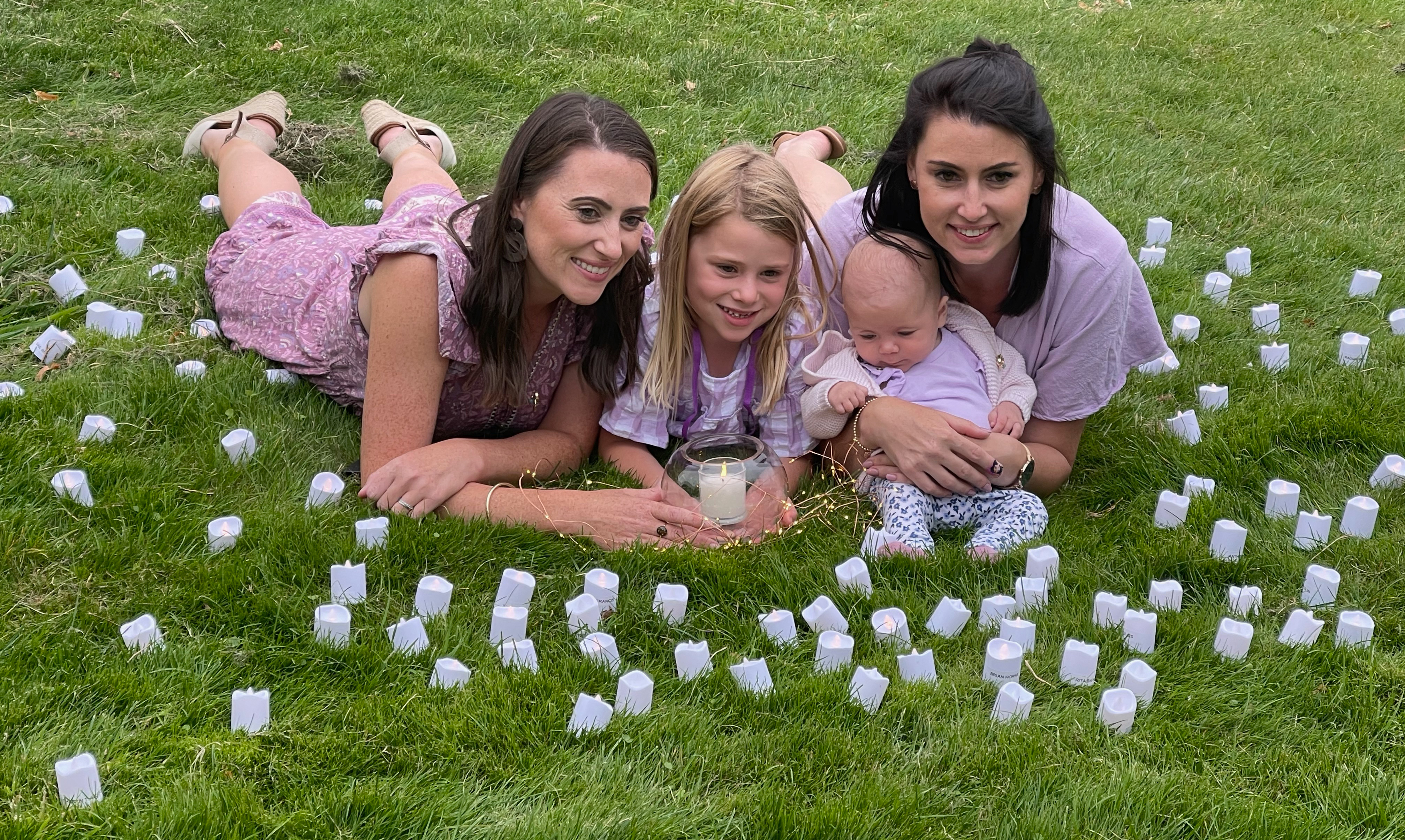