Terminally-ill couple had an assisted death together 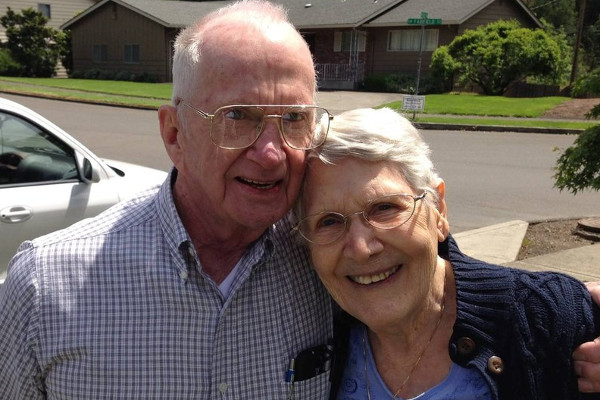 Charlie and Francie Emerick from Portland, Oregon had been married for 66 years and were both terminally ill when they died together in their bed on 20 April 2017. They had both taken lethal doses of medication obtained under Oregon’s Death with Dignity Law. They died six days after a family celebration that included their three adult daughters and their grandchildren.

The pair carefully followed the specifics of the law, which requires examinations by two different doctors to determine a prognosis of six months or less to live, multiple confirmations of intent and the ability of patients to ingest the lethal drugs themselves. The process takes a minimum of 15 days. “We do want it to be legal,” Francie said. The Emericks didn’t tell anyone but their doctor and their daughters about their plans.

They allowed their daughter, Sher Safran, and her husband, Rob, to document and film their conversations and preparations right up to their deaths. It was supposed to be a remembrance only for the family, but they ultimately decided to have the clips edited into a film that could be shared outside of the immediate family. In the video Francie says:

“We have a faith that says life is not to be worshipped. It’s the quality of life that counts.”

In the two decades since Oregon became the first state to legalize medical aid-in-dying, nearly 1,300 people have died there after obtaining lethal prescriptions. The Emericks were among 143 people to do so in 2017, and they appear to be the only couple to take the drugs together and die at the same time.

Click for Time Magazine article 6 March 2018 ‘This Couple Died By Assisted Suicide Together. Here’s Their Story‘