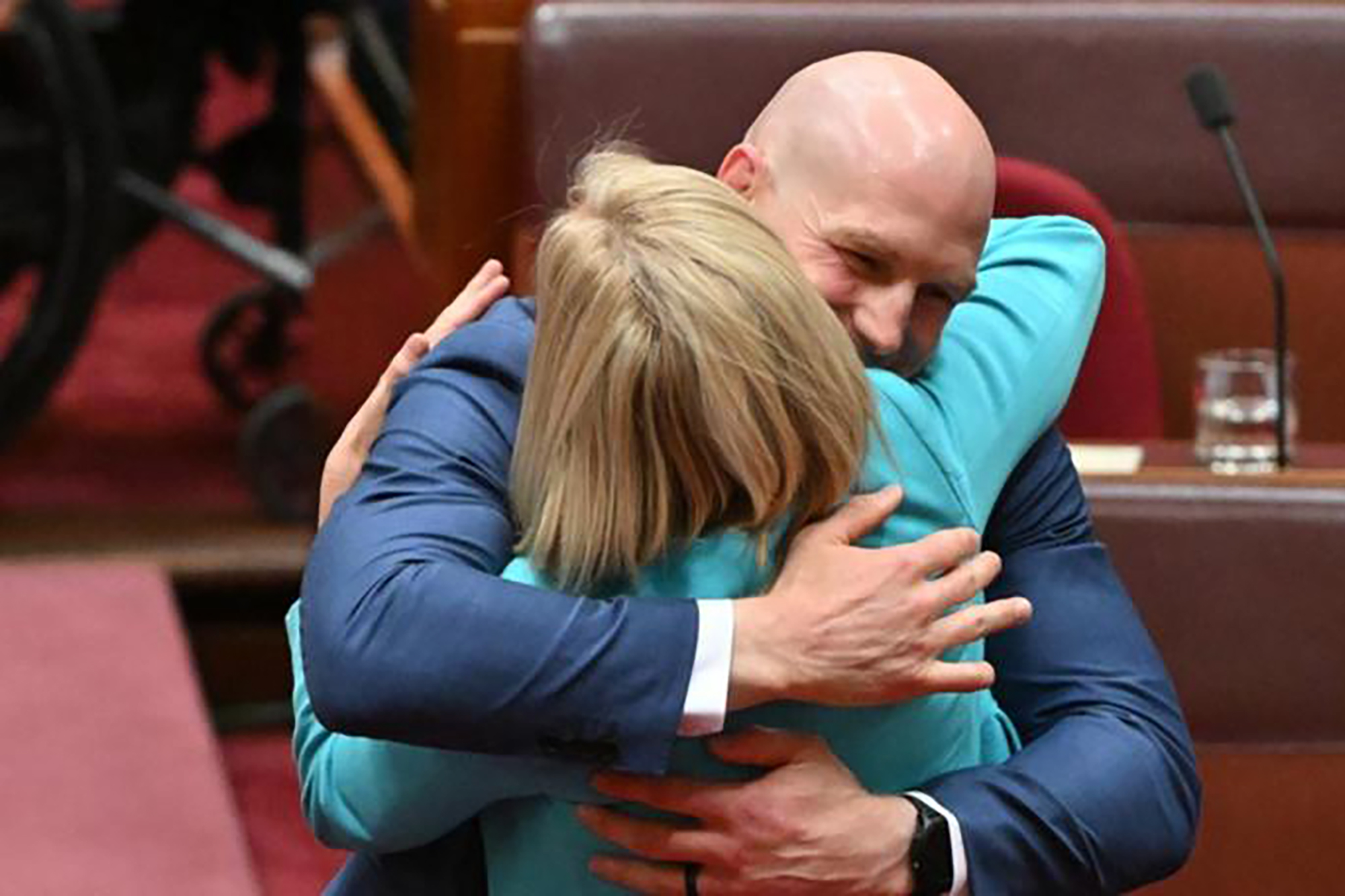 Senators David Pocock and Malandirri McCarthy embrace after the vote

After a 25-year-old ban was lifted, the Australian Capital Territory and Northern Territory, can now consider the legalisation of voluntary assisted dying with the passage of a landmark bill.

The Restoring Territory Rights Bill 2022 passed its final hurdle in the Senate on 1 December 2022 providing another cause for celebration in 2022 and a huge sense of relief for VAD advocates across the country.

Dying with Dignity had hoped that the territories would soon join all six Australian states, which have already passed voluntary assisted dying legislation, but this may still be a few years away.

According to media reports, the ACT is planning to introduce a VAD Bill, after extensive consultation, in late 2023 or early 2024 but the NT government may take longer with no plans to debate a VAD bill during the current parliamentary term.

If the ACT and NT choose to legalise voluntary assisted dying, they are likely to take a close look at the detail in each of the state laws as well as the evidence and data from the states where VAD is already operational. It only took five years for the six states to pass VAD laws but progress was achieved in each debate so there could be advantages in being the last jurisdiction to offer this compassionate end-of-life option.