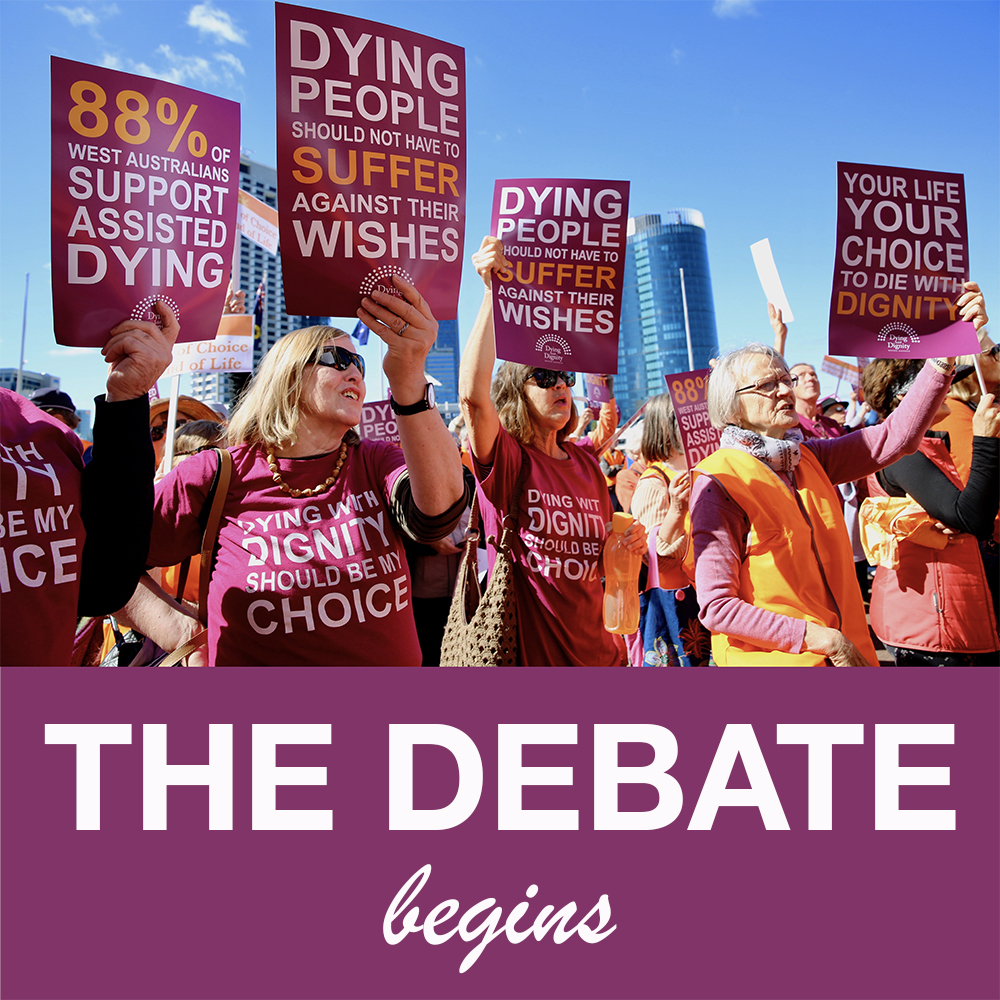 On Wednesday 28 August, Premier Mark McGowan began the debate in the Legislative Assembly with his Second Reading speech on the Voluntary Assisted Dying Bill 2019 with a plea to MPs to end the pain and suffering endured by many people at the end of their lives. He said the legislation had been years in the making and the issue needed to be resolved.

"It is not a choice between life and death. It is a choice about the manner in which death will occur," he said.

He went on to tell the Parliament that inaction had consequences.

"Staying with the status quo has a cost," he said.

"How many more West Australians need to witness their loved ones suffer without relief? How many more family members need to come home to discover the person they loved and are caring for has ended their own life horribly and painfully?"

The Western Australian Voluntary Assisted Dying Bill 2019 is largely based on the Victorian model that was passed in November 2017 and came into effect on 19 June 2019.

Under the proposed WA legislation, a person would have to be terminally ill with a condition that is causing intolerable suffering and is likely to cause death within six months or 12 months for a neurodegenerative condition.

You can view The Voluntary Assisted Dying Bill 2019 here.

Although the Premier Mark McGowan and the National Party leader Mia Davies both support the Bill, the Liberal leader Liza Harvey has yet to declare her support. During her speech Ms Harvey broke down several times as she recounted the personal story of her late husband Hal's death from pancreatic cancer in 2014. During her speech she also raised her concerns over aspects of the proposed law.

Support came from both sides

The Opposition's health spokesman Zak Kirkup, who was the Liberals' lead speaker, said he would support the Bill. During his speech he revealed that he had consulted 9,580 constituents representing over 51 per cent of his electorate finding that over 83 per cent supported the proposed legislation.

Liberal MLA John McGrath said that the assisted dying law would benefit not just his electorate but West Australians around the state. He also believes very firmly that "politics should not get in the way."

The Member for Baldivis, Labor's Reece Whitby asked "Why should someone who seeks the option of Voluntary Assisted Dying be denied by others? Why should they be forced to endure against their wishes?"
The Labor Member for Bassendean Dave Kelly commended the work done by the Health Minister and other MPs to ensure that this Bill had all the necessary safeguards to ensure that the process is compassionate, responsible and safe.
Other speeches followed and the debate continued late into the night resuming on Thursday 29 August 2019.
When the debate resumes on 3 September, it can be watched via live streaming on the WA Parliament website here.
The Voluntary Assisted Dying Bill is expected to pass in the Legislative Assembly, with most MPs saying they support a terminally ill person’s right to take their own lives. However, a number of MPs who spoke to the Bill in the first few days of the debate indicated that they would like to see some amendments.
Do you like this post?
Tweet
Sign in with Facebook Sign in with Twitter Sign in with Email
Subscribe with RSS