Time to let people choose to die if they develop dementia 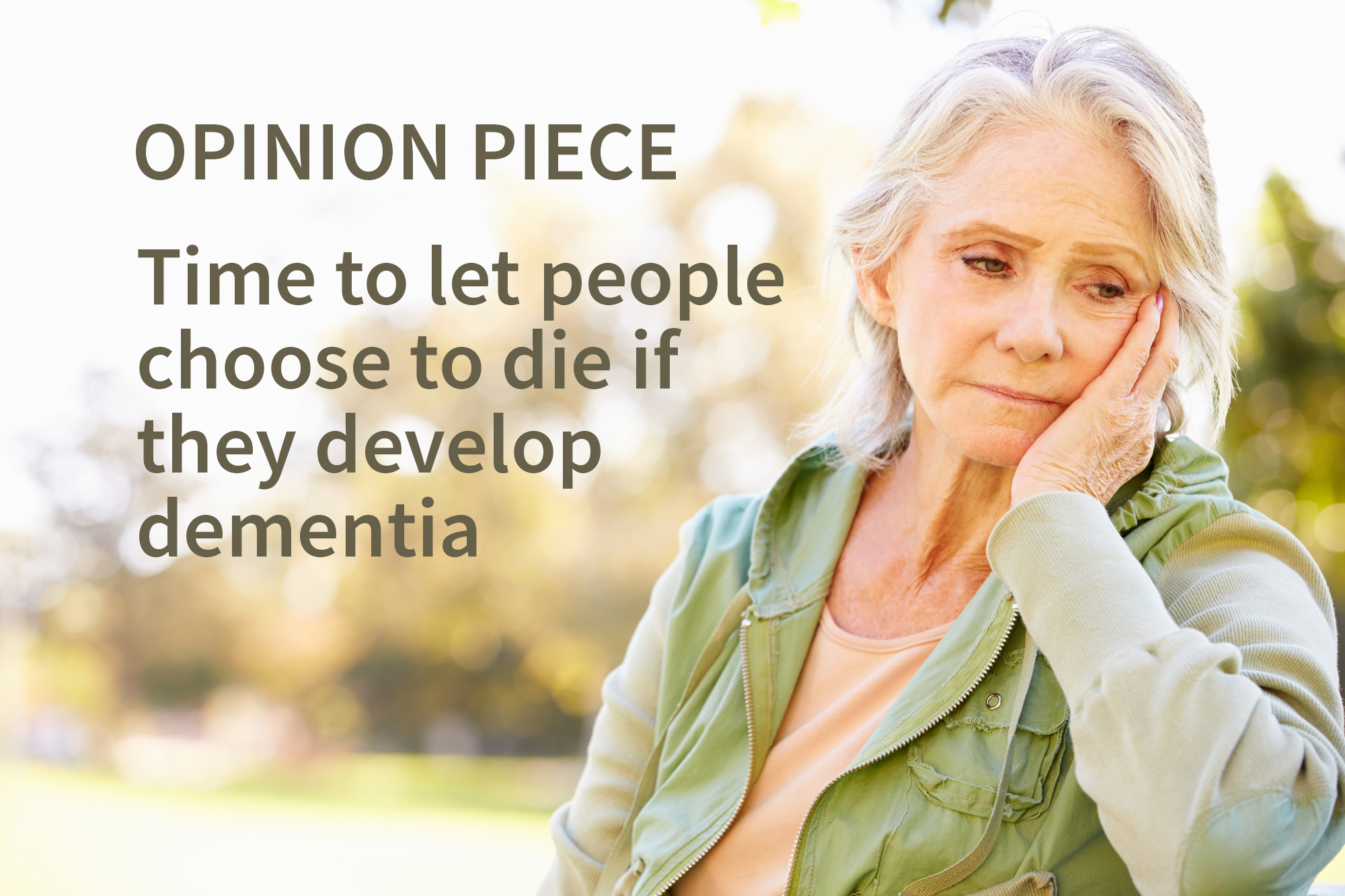 The Minister for Health is required to review the operation and effectiveness of the Voluntary Assisted Dying Act and prepare a report based on the Review as soon as practicable after 1st July 2023. This is a crucial opportunity for the community to be heard on how this landmark reform can be improved.

It is likely that the review will be independent, and include consideration of how well the law is operating in practice. It is likely to exclude policy issues or amendments to the act that would better achieve its original aims.

The equivalent section in the Victorian VAD legislation requires a review only of the “operation” of the act — not “operation and effectiveness” as in WA. It is impossible to review the effectiveness of the law without reviewing the terms of the act under which it operates. And those terms should be reviewed, as in some important respects the drafters of our act were too timid, and ignored calls for more courageous reform.

Although the Victorian Voluntary Assisted Dying Act 2017 provided the foundation for VAD legislation in WA, the WA act improved on the Victorian legislation in a number of significant respects. There has been a further evolution in the laws subsequently passed in the other Australian States. This is not a slippery slope: it is parliamentary democracy. It is not based on fear and misleading information, but on evidence-based practice and experience in other jurisdictions worldwide that have assisted dying legislation in place.

It is also common sense. For example, since VAD has now been legalised in all Australian States, the 12-month residency requirement becomes obsolete. There are also changes in the legislation of other States that improve the process and do not diminish the safeguards. Since there is no reason for the review to be arbitrarily limited, all proposed amendments should be considered by Parliament.

The following are just three of the many issues that warrant consideration in the review: the prescribed timeline until death (prognosis); dementia; and the ability to request VAD in an advance health directive. The Joint Select Committee on end of life choices explored these, as did the ministerial expert panel on voluntary assisted dying.

The committee report states that prognosis is uncertain in many severely disabling progressive neuro‐degenerative terminal conditions. These conditions can cause prolonged severe and progressive suffering for years prior to eventual death. A time‐based prognosis may not allow the option of an expedited death to those who need it most. It goes on to make the finding that a criterion of advanced and progressive terminal or chronic or neuro-degenerative illness causing grievous and irremediable suffering for the person, would be sufficient without a prescribed timeline until death.

The report recommends that “death be reasonably foreseeable as a consequence of the condition.”

The American model for VAD law requires a prognosis of six months in all cases, being the qualifying life-expectancy for hospice residency. There is no prognosis criterion in any European jurisdiction, the substantive requirement being that the person must be experiencing unbearable and irremediable suffering.

There was no policy or reasoning behind Victoria’s adoption of the American model, or for WA’s doing the same but with an extension to 12 months for neurodegenerative conditions. These timeframes are arbitrary — they have nothing to do with treatment options or giving the person time to reflect on their decision; nothing to do with suffering. For a person with motor neurone disease or Parkinson’s and a prognosis of five years to live, there is no reason consistent with common sense or compassion that condemns that person to indescribable suffering for four of those years before being eligible for an assisted death.

In its submission to the joint select committee, Alzheimer’s WA stated that it was important that “people with dementia have access to end of life planning and advance care directives as part of their future planning options”, and that equal access to lawful options should occur for all people in all aspects of society.

The ministerial expert panel found there were two main themes to emerge during the consultation: the community expectation of being able to access voluntary assisted dying when dementia is present; and the expressed wish for being able to add voluntary assisted dying to an advance health directive in the event that the person might develop dementia (or in the early stages of having dementia before decision-making capacity is lost).

None of these findings found their way into the draft legislation for debate.

The principle of patient autonomy — that competent patients are free to make their own medical treatment decisions — is now an accepted feature of modern medical ethics. An advance health directive directs your health professionals as to the treatment options you want or do not want in certain circumstances. In your directive you may choose not to receive treatments such as CPR, antibiotics or blood transfusions that may well keep you alive, and you may validly direct that you be given neither food nor water, in order to bring about your premature death.

But you may not choose assisted dying, despite its now being a lawful option in WA. It is not surprising that the WA community continues to ask, “Why not?”