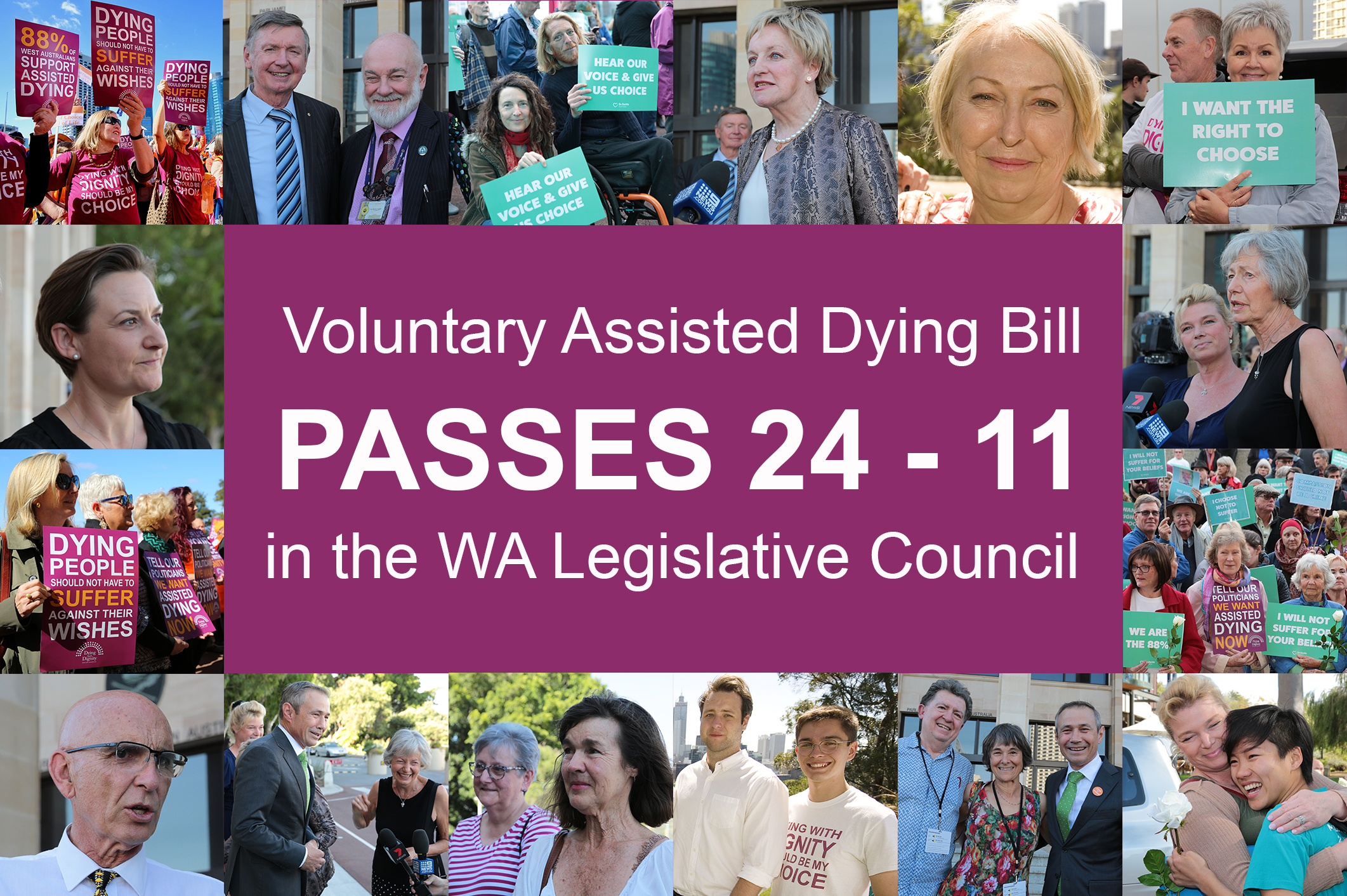 Western Australia appears set to become the second state to legalise voluntary assisted dying after the proposed laws allowing terminally ill people to end their own lives with medical assistance passed by 24 votes to 11 in the upper house on Thursday 5 December 2019.

The third reading stage progressed more quickly than anticipated with only 21 MPs taking their final opportunity to speak.

Supporters of the legislation viewing from the public gallery embraced and clapped as the final vote was declared, realising it would only be a matter of days before their campaign goal was achieved. 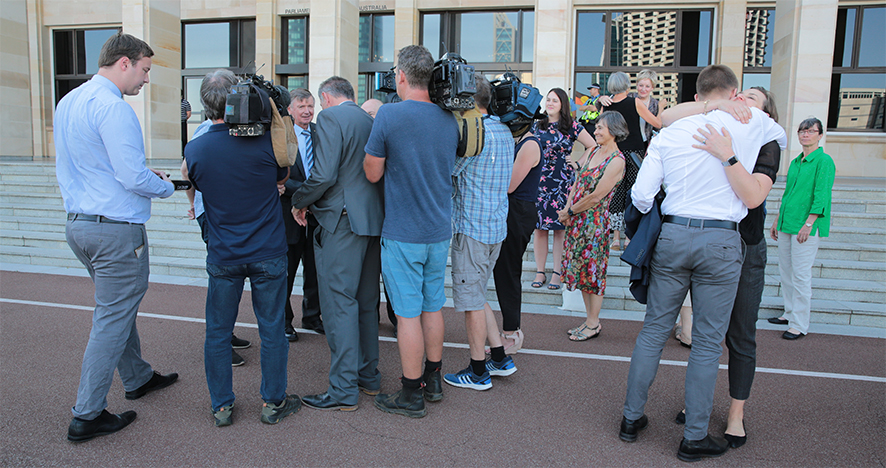 The final vote came after almost 102 hours of debate in the upper house and after 55 amendments had been made to the Bill, which had previously passed in the Legislative Assembly without amendments by 45 votes to 11. The amendments will need to be signed off in the lower house, which will be recalled for a special sitting on Tuesday 10 December. It is considered to be a formality, given the Labor government's control of the Legislative Assembly, but if opponents in the lower house decide to speak to the amendments the final vote could be as late as Thursday 12 December.

A turning point in the upper house debate came when the WA branch of the Australian Medical Association (AMA) changed its position and decided to support the voluntary assisted dying laws after the government revealed 12 new amendments. The AMAWA were initially against the Bill but their stance softened after weeks of consultation with Health Minister Roger Cook and other supporters of the legislation. 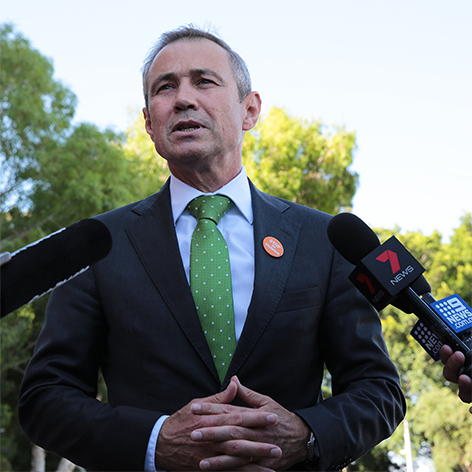 “These amendments go to the concerns raised by the AMA in their deliberations of the Bill and I’m pleased to see that we’ve reached agreement with relation to those, and with that agreement there should be no further impediment to this legislation now proceeding at pace,” said Mr Cook.

The new amendments mean that only doctors and nurses will be authorised to raise the option of assisted dying with a terminally ill patient in the context of a medical consultation about end of life choices. All other medical professionals will not be permitted to initiate a conversation about VAD. Anyone seeking to access assisted dying will need approval from two independent doctors and all end of life discussions must include informing the patient of palliative care and other treatment and pain management options.

The Government has indicated that most of the changes to the Bill are inconsequential and will not impact on its operation or integrity.

Following the upper house vote, the Premier, Mark McGowan posted on Twitter "This is fantastic news."

“WA is now on the cusp of making history next week.” 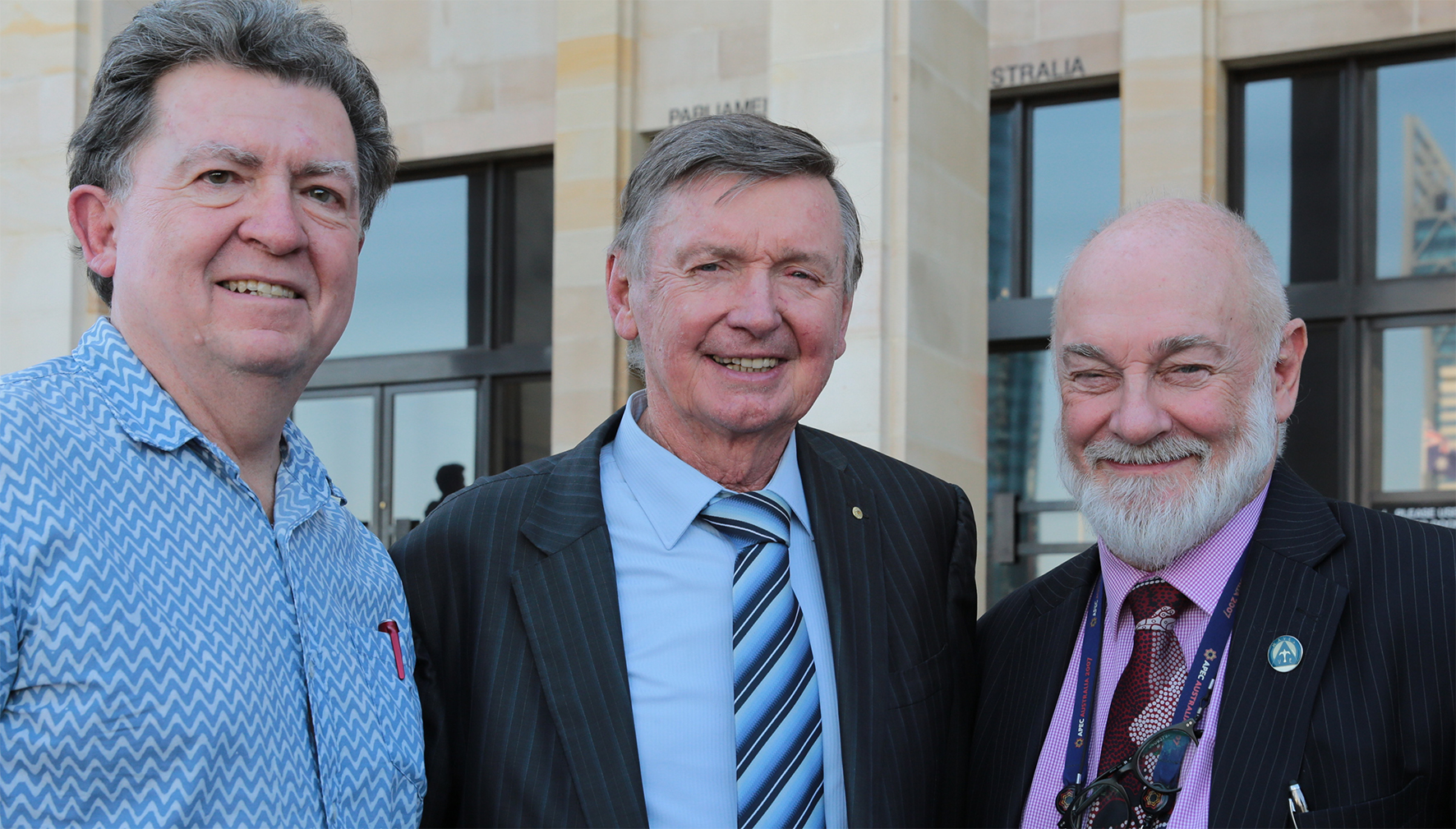 How the Upper House MPs voted