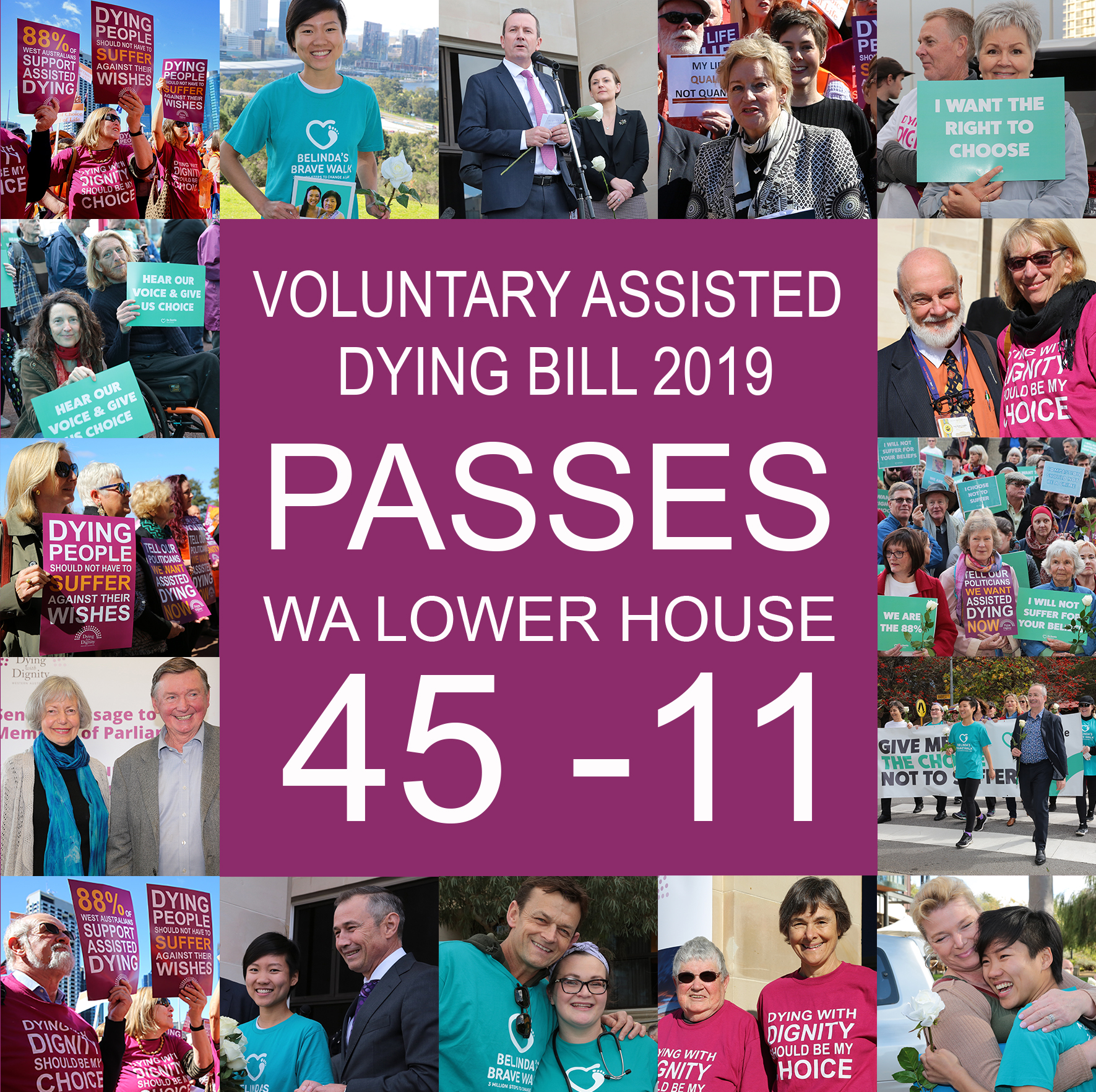 On Tuesday 24 September 2019 the Voluntary Assisted Dying Bill easily passed Western Australia's lower house without amendments. The Bill will now head to the upper house of parliament where it is expected to face a much tougher passage.

The bill passed 45 - 11 in the Legislative Assembly following an extensive debate that ran for over 70 hours. This result means that terminally ill people in WA are a significant step closer to having the right to access a quick and peaceful death at a time of their choosing if they meet the strict eligibility criteria.
The outcome in the lower house was never in doubt with Labor having an overwhelming majority in the Legislative Assembly and all but three of its MPs voting in favour of it.
During the debate there were several attempts to amend the WA bill to include safeguards that are in the Victorian legislation; however, they were voted down by the Government with Health Minister Roger Cook repeatedly describing the proposed legislation as "cautious and safe", saying the Government has been guided by an extensive consultation process.
Similar amendments are likely be revisited in the upper house where the vote likely to be much tighter.
Although opposition leader Liza Harvey voted against the bill, during her Third Reading speech she indicated that she would support the VAD Bill if the Upper House agreed to an amendment that would prohibit doctors raising assisted dying with a patient.

Health Minister Roger Cook has not ruled out the idea of accepting that amendment in the Upper House.

“As the passage of this historic legislation moves to the Upper House the Government will consider all contributions and speeches made by elected members in the Lower House,” he said. “I encourage all members of the Legislative Council to undertake their review of this bill respectfully, taking into account the strong desire of the community to support the bill.”

Premier Mark McGowan said it was a historic moment for WA.

"Today we took a significant step forward to giving Western Australians with a life-limiting or terminal illness the dignity they deserve at the end of their lives," he said.

"I'm pleased the Legislative Assembly considered the legislation in a compassionate and respectful manner."