Why does Andrew Denton Support Change

In October 2015, Andrew Denton concluded the “Di Gribble Argument” lecture, before a packed audience in Melbourne, with the following conclusion: “It is not time that we had a law for assisted dying in Australia: it is well past time….When someone is suffering. How can we ask them to suffer more? “

Andrew Denton remembers his beloved father’s awful death, and wondered why it was so different to the final days of Margaretta Pos’ father, who lived in the Netherlands and had been granted the right to euthanasia under Netherlands law. To answer this question, Denton spent many months travelling to countries where laws to help people die already exist and by talking for hundreds of hours with the dying, their families, nurses, doctors, politicians, lawyers, academics, priests, surgeons, palliative care specialists and activists on both sides of the debate, both here and overseas. Denton’s Di Gribble Argument was based upon this extensive research.

What did Andrew Denton’s research reveal to him?

Denton’s “Di Gribble Argument” included the statement “Belgium, Netherlands and Oregon, I was told, were societies weakened at their moral core; a slippery slope where the number of people seeking to die was sharply on the rise, and the reasons for their legalised deaths ever-expanding. At its heart lay two key accusations: that the safeguards don’t work; and that the elderly and disabled were threatened. I took careful note of it all, then took off overseas to see if their warnings held true.

What I found was almost the exact opposite of what I’d been told: long-running systems, based on years of open research and debate, with multiple safeguards, and overwhelming acknowledgement that they work, from across the spectrum – the public, medical bodies, and political parties of every hue. Their greatest safeguards? That only a competent adult can ask for help to die; and that they are voluntary…..I also found zero evidence within the system of the elderly and disabled being abused.”

The reasons for Andrew Denton supporting change are presented in detail in his “Better Off Dead” podcast series. They are the culmination of the 18 months that Denton spent travelling throughout Australia and across the world to investigate why good people are dying bad deaths in Australia – and why there is no law to help them. The groundbreaking 17-part podcast series covers the personal stories, the moral arguments and the laws overseas which operate successfully. The series was progressively rolled out between November 2015 and April 2016. Listen to episodes, or read the transcripts on our Resources – Podcast page

Denton’s research findings were given mainstream media exposure when he gave the National Press Club Address on 10 August 2016. He said “……I call these tactics FUD….Fear, Uncertainty, Doubt. Sow one seed of FUD and you can reap a harvest of political inaction. Just scare the hell out of people. Without ever engaging with the evidence accumulated over 20 years in countries with assisted dying laws….This evidence is overwhelmingly accepted by the people, medical professions, media, courts, and parliaments in the places where these laws exist. If you aren’t even going to proceed on the basis of evidence, what are you doing? You’re engaging in a deliberate strategy of denialism and the propagation of myths. Myths that have been planted in the minds of many as the truth because, at face value, they sound plausible. I went to test them….”

Click for the transcript: NATIONAL PRESS CLUB speech by denton 100816

During 2017, Andrew Denton and his organisation Go Gentle Australia, were focused on supporting the campaign in Victoria for their government-sponsored Voluntary Assisted Dying Bill, under the banner of Stop Victorians Suffering.

Andrew Denton and his organisation Go Gentle Australia played a major role in the campaign that led to the passing of WA's Voluntary Assisted Dying Bill 2019. He raised funds to be able to produce valuable resources including videos and information booklets and support events such as Belinda's Brave Walk and the Rally for Choice.

In 2019 GGA produced an 80 minute documentary - The Broken Hearted in which more than two dozen Western Australians courageously stepped forward to tell their stories of needless suffering in the absence of an assisted dying law. Their message: ‘What happened to us was cruel and unnecessary, and should never be allowed to happen again’.

GGA also produced Fatal Fraud, a film about a film. Fatal Fraud is a case study about techniques used by opponents against evidence-based public policy initiatives. In this film, Andrew Denton explains with the help of leading experts how emotional manipulation, fear, framing and omission are deployed to sow Fear, Uncertainty and Doubt in the minds of legislators and the public. 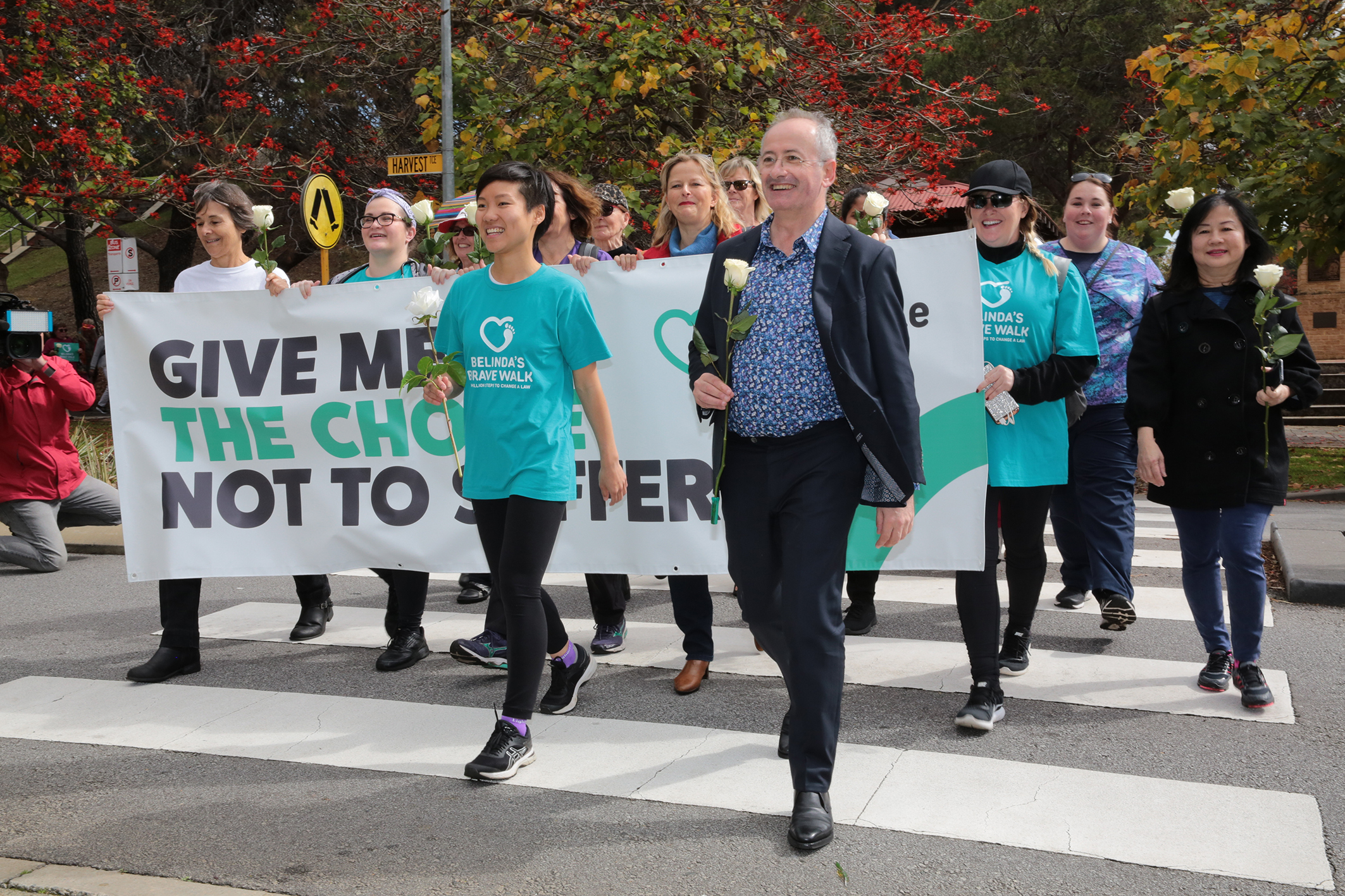