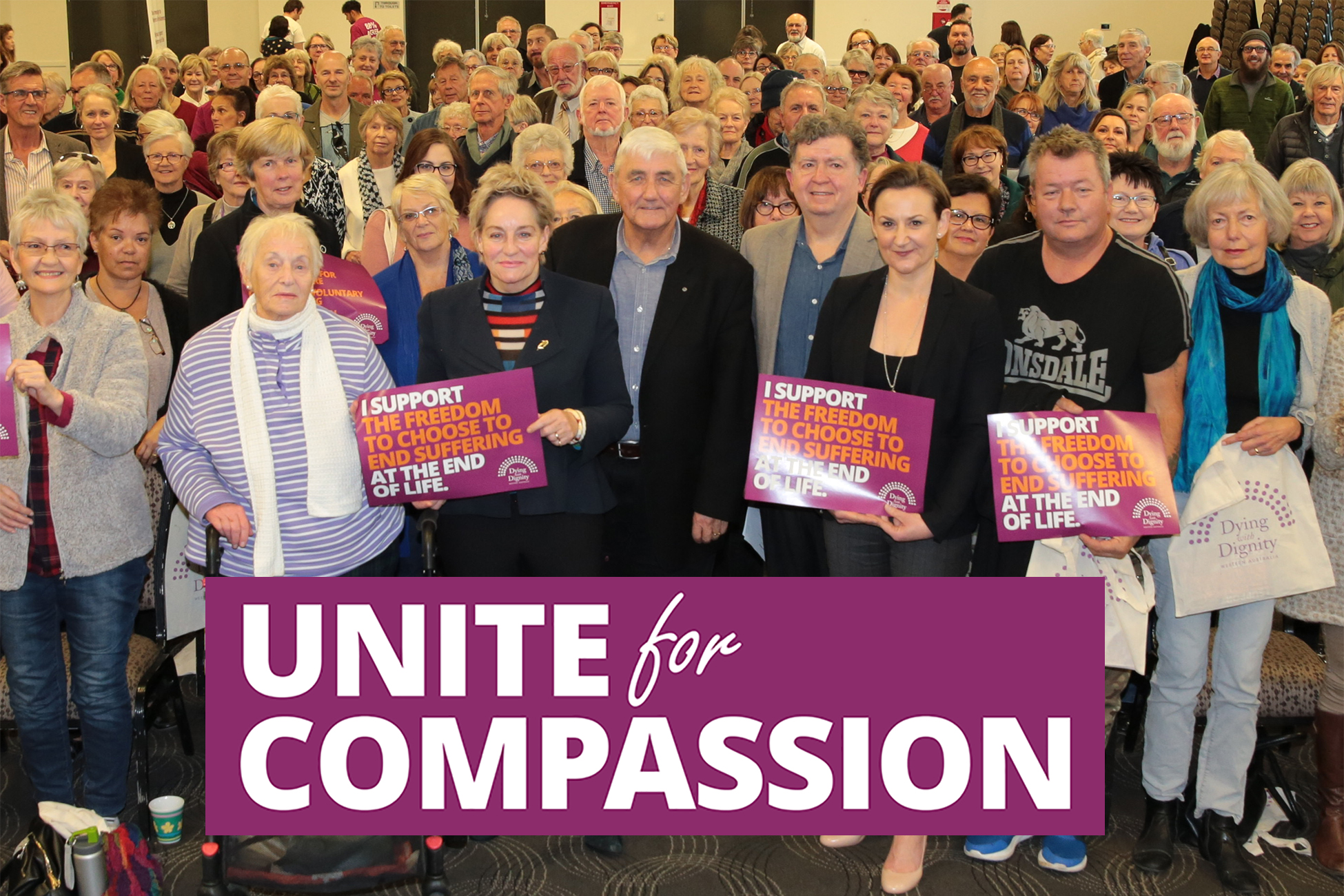 With legislation likely to be tabled in August, Dying with Dignity WA decided it was time to bring their supporters together once more to unite for compassionate end of life choices.

Nearly 200 people attended the event held on Saturday 29 June and the atmosphere was very positive following the recent release of the recommendations of the Ministerial Expert Panel (MEP).

Dying with Dignity's president, Steve Walker opened the event welcoming not only the three speakers but also special guests including DWDWA patron Janet Holmes a Court, Joey Armenti from Go Gentle Australia, Dr Alida Lancee representing Doctors for Assisted Dying Choice, Noreen Fynn a member of the MEP and MEP Chair, Malcolm McCusker QC. Mr Walker stressed that DWDWA, and its supporters, sincerely acknowledge the wonderful work done by palliative care in WA and they welcome the substantial increase in funding in the May budget. But Mr Walker also pointed out that it is not a competition between palliative care and a voluntary assisted dying law, we need both.

Amber Jade Sanderson MLA and Chairperson of the Joint Select Committee on End of Life Choices was the first speaker. 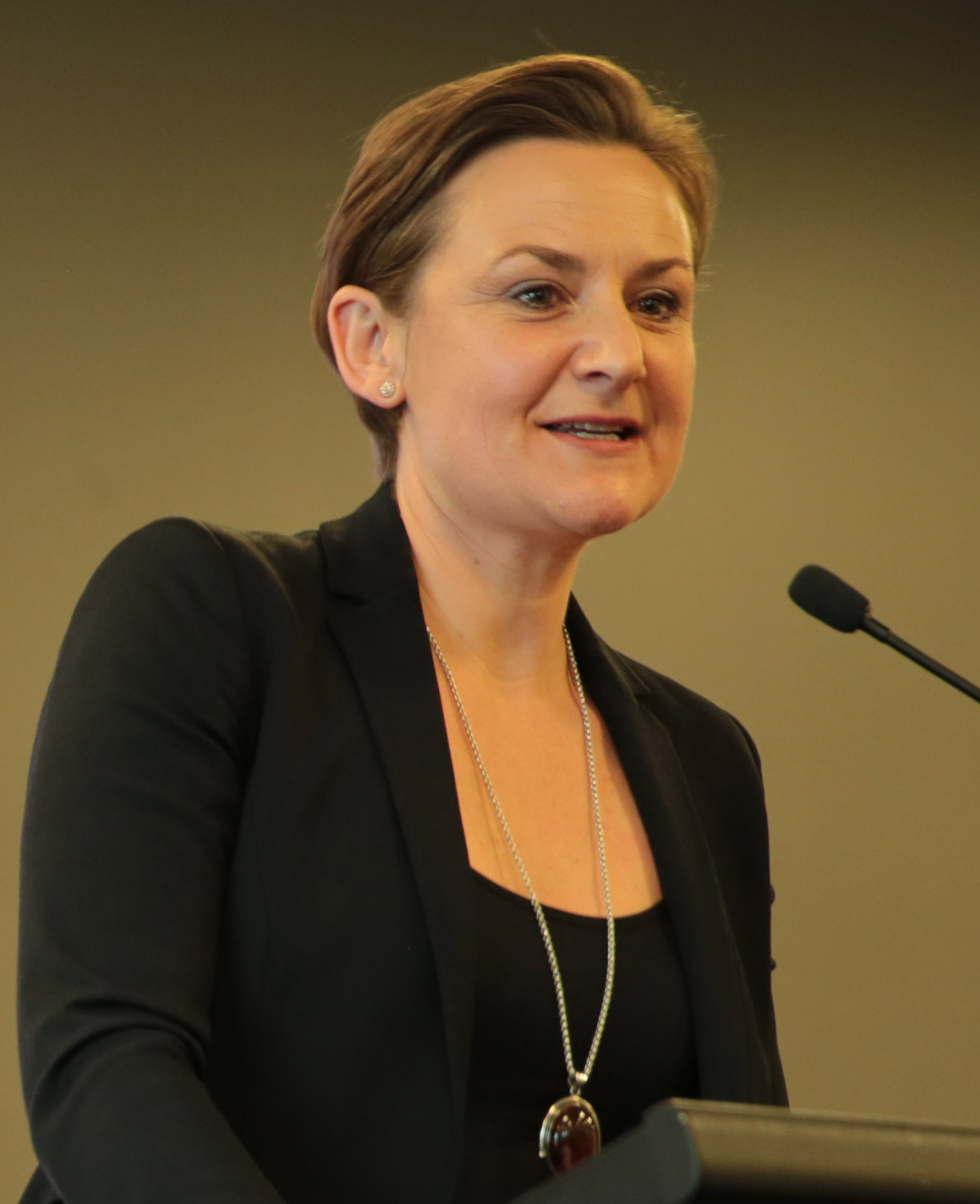 "This is a really monumental moment in our state's history. We are at the point where we are launching the campaign to support legislation in WA for assisted dying," said Ms Sanderson.

During her speech Ms Sanderson shared some of her personal observations leading the Inquiry and some of the stories that were shared via submissions and public hearings.

"Over the course of the Inquiry I was truly surprised by the scale and extent of end of life suffering that's occurring across our community and with it the intense grief of those left behind compounded by the trauma of witnessing a horrible death," said Ms Sanderson. "The sense of guilt and helplessness of those left behind was palpable."

"This is no longer a fringe issue but a mainstream issue that needs to be addressed. We have seen the nurses come out and demonstrate significant and strong support for this and the Royal College of GPs have shifted their position to support all patient-centred end of life choices," said Ms Sanderson. "I have played my small part and now it's time for all of you to play yours." 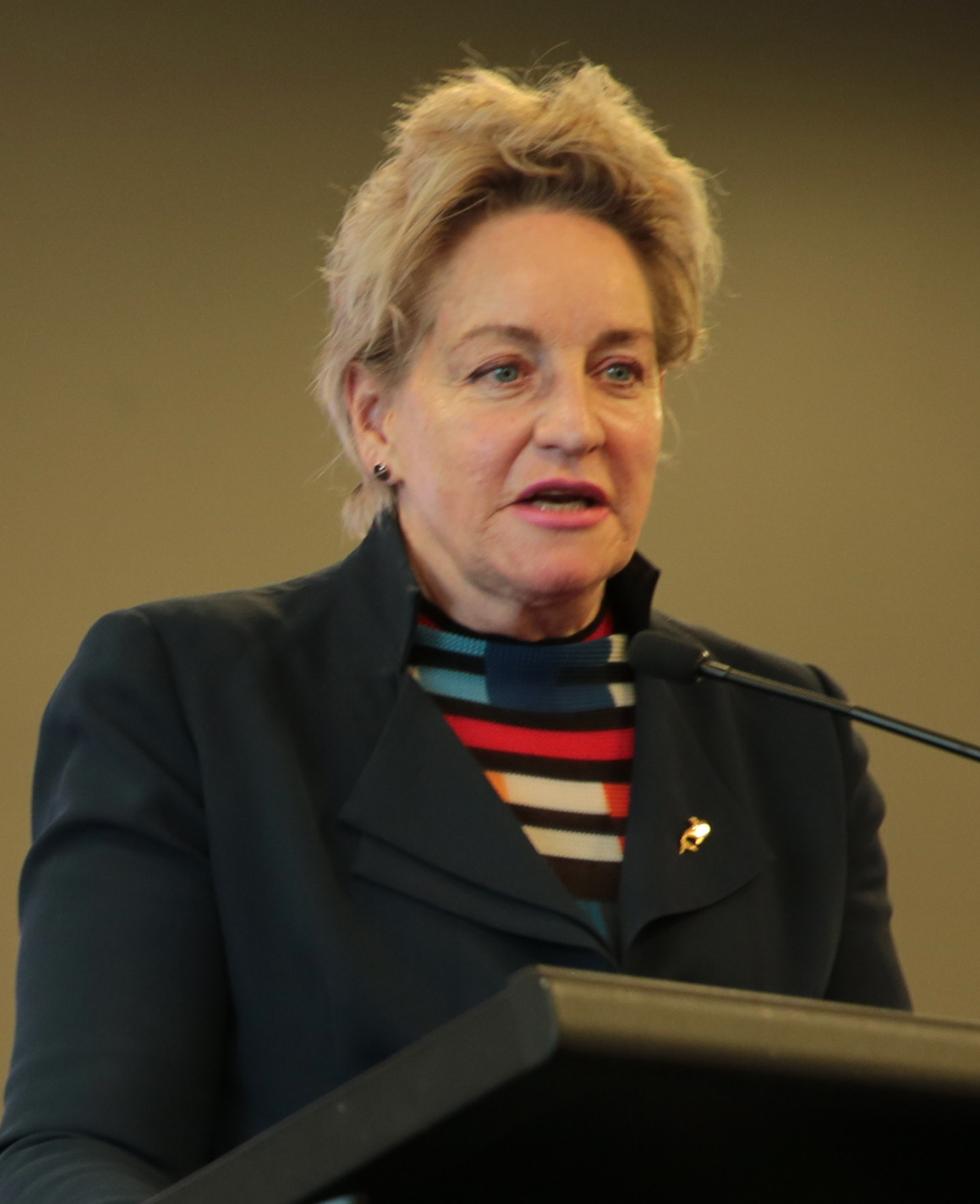 Labor MLC Alannah MacTiernan has been a long-time advocate of voluntary assisted dying and she spoke about the context of her involvement and why despite majority support over many decades we have not reached this moment sooner.

"For many politicians, particularly those in lower house seats, even though there was a sense that you knew the majority of people supported assisted dying, those people who were really anti these laws were so much more engaged in their opposition perhaps than those who were in favour," said Ms MacTiernan.

Ms MacTiernan referred to a moment in 2014 when she was reading an article in which the journalist was questioning how in a democracy, when we know 80% of the population support this issue, politicians have been too gutless to do anything about it. She said that at moment she felt shame.

"It's not enough to just support it, you have to get out there and be one of those people who are going to be on the front foot and really trying to push it," said Ms MacTiernan.

"I am now very pleased that we have a government that has been prepared to bite the bullet on this and say we have got to move forward."

Despite the very positive progress that has been made over the past two years in Western Australia, Ms MacTiernan warned that this is far from a 'lay down misere' and that the upper house vote is likely to be very close. While acknowledging that there are very capable people on both sides of the Parliament, Ms MacTiernan is concerned that there are some members of the upper house who are more disengaged from the mainstream of the community that they represent compared to their lower house colleagues.

"Unfortunately I think we are going to see some of that when this debate hits the upper house," she said.

According to Ms MacTiernan the Government will continue with its disciplined approach but they have also scheduled twice the sitting weeks in the second half of the parliamentary year, an extra four weeks because they want there to be a full debate and they don't want to shut anyone down. They want to hear all of the stories but also all of the concerns related to this legislation.

One major concern that Ms MacTiernan raised at this gathering was the fear that the Liberal's lead speaker in the upper house, the Hon. Nick Goiran may attempt to filibuster.

The audience was encouraged to contact the leader of the Liberal Party, Liza Harvey and call for an informed and respectful debate.

"Over the next three months we will be needing you to come out there and support this cause and this choice." 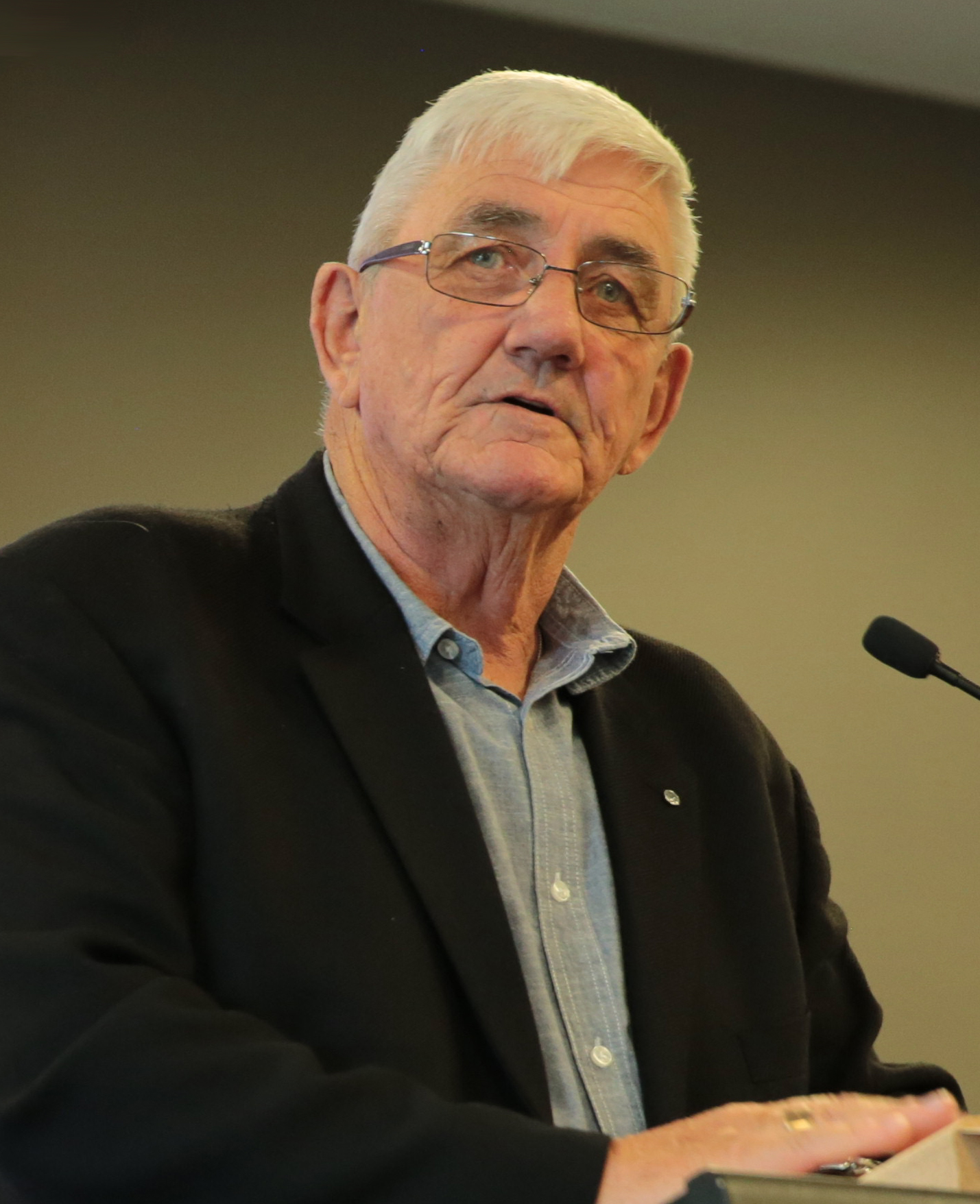 Bob Kucera's diverse experiences in the WA Police Force, as WA Health Minister and former President of COTA brought a unique perspective to the impact of this legislation in Western Australia.

Sharing some personal experiences Mr Kucera spoke about how important choice, self respect and dignity are in life.

"This is the essence of this particular campaign," said Mr Kucera.

He also referred to his 'bible' - the Criminal Code Act 1972 and pointed out the changes in community values over the past 50 years and the laws that are no longer prosecuted because the community has matured.

Mr Kucera said that he was so impressed with the Final Report from the Ministerial Expert Panel because in his view it adequately reflects the current appetite for change but more importantly it reflects the community attitude and the maturity of that attitude.

Mr Kucera spoke about the impact of suicide from his professional and personal experiences.

"This legislation will give people back their respect and dignity," said Mr Kucera.

Mr Kucera finished by congratulating everyone who attended the Unite for Compassion event.

"Nothing succeeds in politics more than making sure that those who want to make the agenda, know what the agenda should be. The only way that this can be is by you going out and telling them that this is what you want, this is what your families want and this is what those people that really need to have the dignity and self respect that I mentioned should be allowed to practice."

"At the end of the day this is not about more people dying, it is about fewer people suffering," he concluded.

You can view the video of this event here.