Today the State Government has taken an important step in the right direction when it comes to protecting people’s right to freedom of choice to end suffering at the end of life.

“We wholeheartedly commend the appointment of Malcolm McCusker QC as the Chair of the Expert Panel.

“We also fully endorse the appointed panel members who are held in high esteem by the health and legal professions.

“We especially acknowledge the appointment of Noreen Fynn whose personal story and drive for compassion is truly admirable,” said Steve Walker, President of Dying with Dignity WA.

Dying with Dignity WA also thanks the State Government for confirming its intention to introduce a Government bill in 2019.

“We look forward to a comprehensive and respectable debate and extend our hand to anyone in State Parliament who would like to talk about this significant issue.

“Many of us have been campaigning for legislative change since the 1980s and we believe protecting people’s right to freedom of choice has been a long time coming.

Dying with Dignity WA is currently running a two-week campaign to encourage people who support the My Life, My Choice report recommendations to sign a ‘thank you’ card to be delivered to the cross-party parliamentary committee and the State Government by the end of November this year.

“With one more week to go and over 600 signatures already, this is a chance for supporters of palliative care, voluntary assisted dying and advance health directives to show their appreciation for the committee’s substantial work and to encourage the State Government to adopt the recommendations of the My Life, My Choice report,” Mr Walker said.

The card can be signed via: www.dwdwa.org.au/thank_you_card

President of Dying with Dignity WA 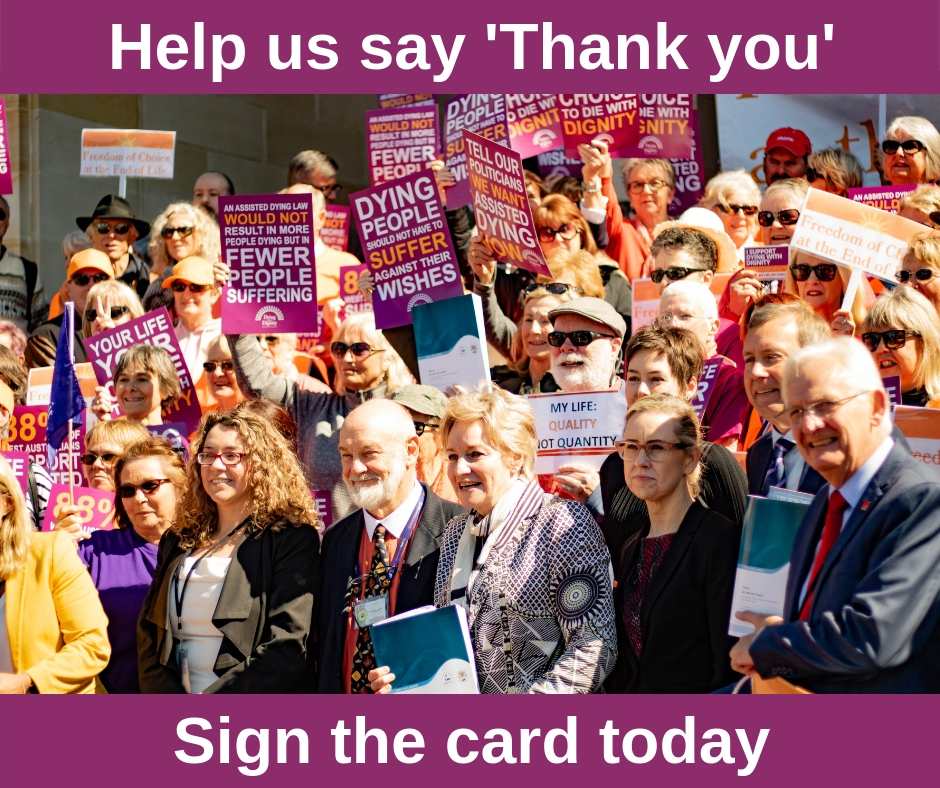